BE Modern Man: From Artists to Aerospace Engineers and More 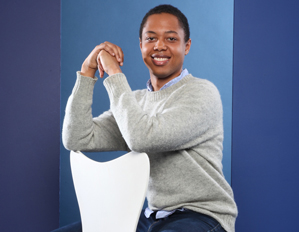 In an effort to turn the conversation about young black men into something positive instead of something tragic, BlackEnterprise.com is highlighting the accomplishments of black men throughout the country with BE Modern Man.

Each week for the next six weeks, we will be celebrating the essence, image and works of young black men who have found a purpose, are on a mission or leaving a positive legacy as only they can. The goal of this curated collective is to globally shift the standard narrative regarding men of color and project the positive perception that is a common reality to those within the Black Enterprise community and throughout the world. Because as the 100 men featured in our complete series know, and as young black men everywhere know – It’s our normal to be extraordinary.

This week’s Modern Man ambassador is “The Technology Specialist” Randolph Brown. This chief technology officer at Jopwell talks about the events that led to him becoming a self-described “Techie.”

“The Sole Man” Emeka Anen, who turned down a scholarship to Top 10 MBA programs to start a successful business

“The Rocket Scientist” Isaac Matthews, who surpasses expectations every day as an aerospace engineer

“The Architect”Olalekan Jeyifous, who’s had his art shown in the Studio Museum of Harlem

Be sure to check out new profiles every week and share your comments and opinions below. And keep abreast of updates and special Web exclusive events via social media by following @BlackEnterprise and hashtag #BEModernMan.