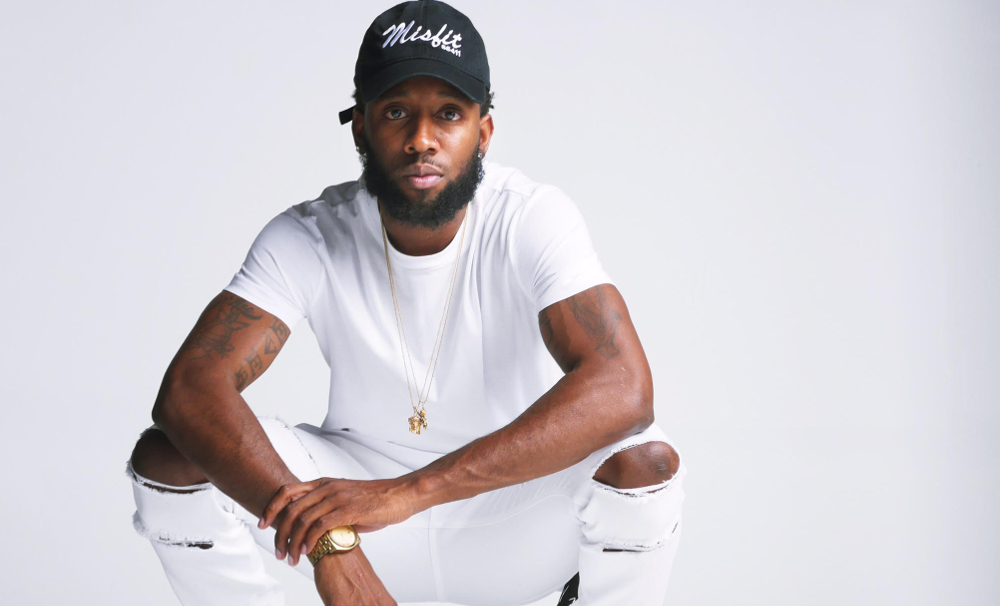 Musician Mac Irv is using his pen and voice to create change.

One of the best best known basketball players to come out of the Minneapolis’ North Side is bouncing to a new beat. BE Modern Man Lawerence McKenzie aka Mac Irv starred for the University of Oklahoma from 2003-05 before transferring back home to the University of Minnesota and earning All Big-Ten honors in 2006-08.

Battling injuries throughout his playing career has helped the Minneapolis-based rapper battle his way through the music industry. A one-time hobby, rapping became center stage once his career came to an end while playing for the Los Angeles Lakers’ Development League.

Consistently churning out new music, it was an encounter with his hometown police while shooting a video that inspired him to write his new song “Change.” This song is one that is close to his heart because it addresses the many injustices that are facing people in his community and around the world.

We got a chance to catch up with Mac Irv to talk about what he is doing through music to create change, and how we can come together to as a community to fight injustice.

Why do you think we don’t see more artist standing up for injustices and equalities existing in our communities?

I think it’s hard when you don’t know the history behind your culture and everything that we’ve been through as a people. Sometimes we get caught up in what’s going on in our lives. We can become so focused on success, or just our own personal problems, that we tend to overlook some very important social issues. Sometimes we are too busy living life and sometimes we are scared of what our fans might say or feel. I also believe we as a people are more comfortable than we’ve ever been; it’s easy to stay silent instead of speaking up. It takes courage to step outside of your comfort zone and actually say something. We see this all the time on social media when artists don’t speak up and people flood their comments. I think they’re scared and not informed and what they need is encouragement and education. That’s what I hope to bring to our communities through my music.

What responsibilities do entertainers have to bring awareness to issues that affect our communities?

I believe that every artist, athlete or anyone in the field of entertainer has to use their gift as a platform to bring awareness. Some people think, one person can’t change the world, but when you use your platform, it touches numerous people in the world who can. This is one of the reasons I stepped away from pursuing a career as a professional athlete and became an artist. It’s all about the quality of your message and casting your energy as far as you possibly can. That’s a responsibility I take very seriously.

As an artist, who do you hope to reach through your message?

I honestly hope to reach everybody willing to listen. From underprivileged African American kids here in North Side Minneapolis, to older influential Caucasian men, women, and anyone who understands that it takes a group to create change. I think that my experiences living overseas, and speaking with people from various backgrounds, allows me to relate and is helpful when recording. Ultimately, I want the kids where I’m from to know the odds can seem high, but if you have hope, you can make something out of yourself. As people, we don’t always understand the disadvantages and lack of resources other people have to deal with. This is some of the reason why people make bad decisions and hopefully my music, my movement can inspire some type of hope in someone and help them to make better decisions.

How do you see your movement making an impact?

I see it giving “hope.” I believe in this world right now that’s the biggest and most important thing we have to offer one another. If something seems impossible, it can discourage people from trying to change the status quo. When you show people something is possible, it gives them the extra push to work a little harder than usual, be more resilient, eventually accomplishing whatever they want.  That’s real motivation! It’s free and exactly what the world needs right now.

What are 3 actions we can do as a community to come together and make change?

First, I believe it starts with us personally. We have to educate ourselves, read, invest in our mental powers. Second, you have to create energy that you would like to see in the world. Third, you have to continue to proactively inspire people. When someone follows your lead, whether that’s one person or one thousand people, you are contributing to the change.