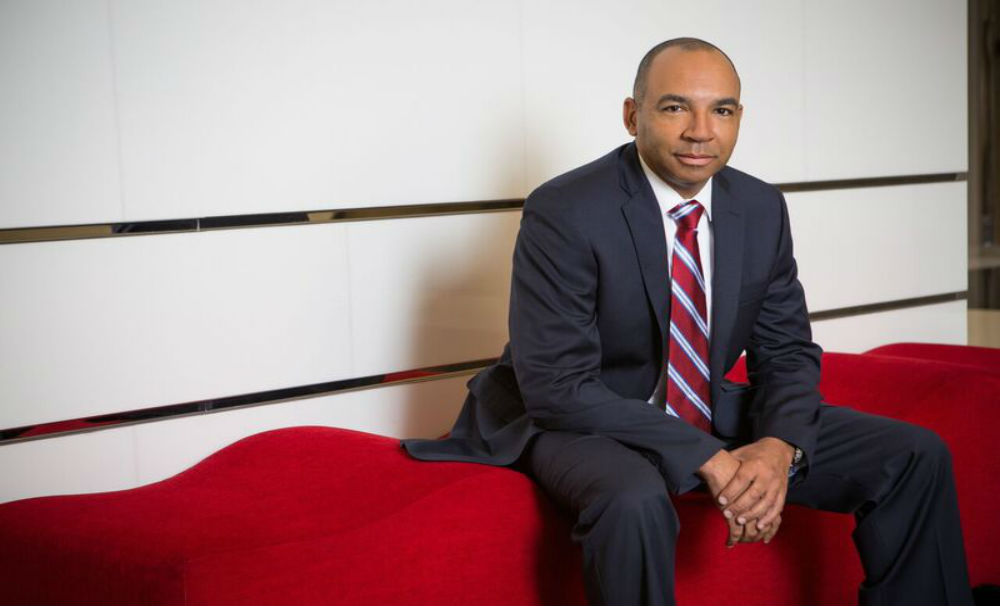 One Word That Describes You: Limitless

It is truly an honor, and an unexpected one at that. Being chosen has also caused me to hit pause and reflect on the road that I have traveled to get to where I am, reinforcing my commitment to give back to the world more than I take out of it. Pause and reflection is always a good thing.

My father was a larger-than-life figure. He was a mathematician, lawyer, banker, businessman, and mentor. He was also a taskmaster. He died when I was 24-years-old. We didn’t always get along. In fact, for many of those 24 years, we didn’t have a whole lot to say to each other. But he was a guiding light, and during that moment when I was about to embark on the world as a professional, he wasn’t there.

I had other things to worry about though; I was now the oldest man in the house. I had a younger brother, who was finishing up high school and was set to go to college. I needed to make sure he kept on that path. I also had a mother who now needed me more than ever. As I processed all of this over the months following his death, I realized that I still had lots to be thankful about. I steeled my nerves and decided that I would become the man my father had always hoped for and had spent a lifetime preparing me to be. At his funeral, I read out the 12 creeds that he instilled in his sons, and I promised myself that I would live by them. Standing by that promise has propelled me to all the positions and accolades that I have attained.

I also realized that, in many ways, I was the lucky one. I had a role model who kept my brothers and I in-check and showed us the way. How many black men were never given that gift? My goal is to pass that on to those who never had that opportunity.

Empathy. I think it is important that people can empathize. Many of the world’s conflicts, miscalculations, and misunderstandings are rooted in an inability to understand the feelings of others, whether it be on a personal level, group level, community, or between nation states.

I just returned from two years in Washington, D.C., where I worked as an Obama administration appointee in the U.S. State Department. Right now, I am focused on rebuilding and growing my public affairs practice. Since my return to Balsera Communications, we have opened up an office in Buenos Aires and built-out our D.C. practice.

In addition to leading our firm’s strategic communications and business advisory practice, I’m also working on the communications piece for some interesting initiatives that will help establish minority tech incubators across the U.S. As the tech entrepreneur wave crests around the country, black entrepreneurs, coders, and inventors are being left out of the equation. We’re hoping to be part of the solution that changes that paradigm.

My father used to tell me that he didn’t care what I did in life, as long as I excelled at it. He would say that if I was going to be a janitor, people should be able to say, “That Duckenfield is the best janitor I’ve ever seen.”

I got my first job when I was 15-years-old working at a gas station. Part of the job entailed cleaning the office and the bays where the mechanics fixed the cars. After a month, the managers told me that they had never seen anyone do a better job at something most people hated. They promoted me to shift manager on the spot. I took notice and have followed my father’s creed my entire life in every endeavor ever undertaken.

Get involved in your community. Dive in and contribute. Don’t think that you can’t make a difference, because you can. Everyone has something to give. There is so much need out in the world, and so few people that are willing to step into that void.

In the “selfie” era, we need to be more selfless. We are better as a community when we help each other, especially when we help folks who are less fortunate than we are. It’s a proven fact that altruistic behavior releases endorphins in the brain, producing the positive feeling known as the “helper’s high.” So make a list of how you are going to make this world a better place by engaging with and lifting up someone who is less fortunate than you are.

Research and prepare. When I walk into a meeting, I want to know who I am meeting with, their background, and everything about their organization and the subject matter. Before you step into a meeting, you want to be the one with the most information and background. Understanding the people in the room, their biases, and their strengths will also help you anticipate questions and their train-of-thought. It also allows you to bring up ideas or commonalities ahead of time that will resonate with your audience.

People do business with folks they like and understand. You want to make sure that when you leave that meeting or that event, the people you were addressing respect your knowledge base, feel like they know you, and want to follow up to the conversation.

I love to explore and discover; that’s what invigorates me and nurtures my brain. My wife says that I don’t know how to relax on vacation, and she might be right. It’s hard to say what has been my best vacation, but a very memorable vacation was when my wife and I went to China, Indonesia, and Thailand. As someone who loves history and culture and how those two countervailing forces shape each other, it was fascinating to visit some of the oldest civilizations in the world and see how they mix age-old traditions with new, modern sensibilities and realities. It also reminded me that, no matter what sets us apart, what we have in common as fellow members of the human race is infinitely more powerful.

Cape Town, South Africa. It has the perfect geographic location at the Cape of Good Hope, where the Indian Ocean meets the South Atlantic and forms a microclimate akin to the Mediterranean. There is also a mix of cultures between descendants of East and Central Asians, Europeans, and native South Africans that gives it a vibrancy and air of mystique like no other. The views from the peaks are stunningly beautiful, the food is exquisite, and the wine is divine. The whole package creates a surreal quality that is captivating, stimulating, and inviting.

Life is short, and we do not have much time to gladden the hearts of those who make the journey with us. So, ‘be swift to love and make haste to be kind.’ Our rector often uses these words as a closing blessing, and the words always give me chills. I think they are a perfect benediction to send us into the world for another day, week, month, and year.