BE Modern Man: Meet "The Creative" Joekenneth Museau - Page 2 of 2 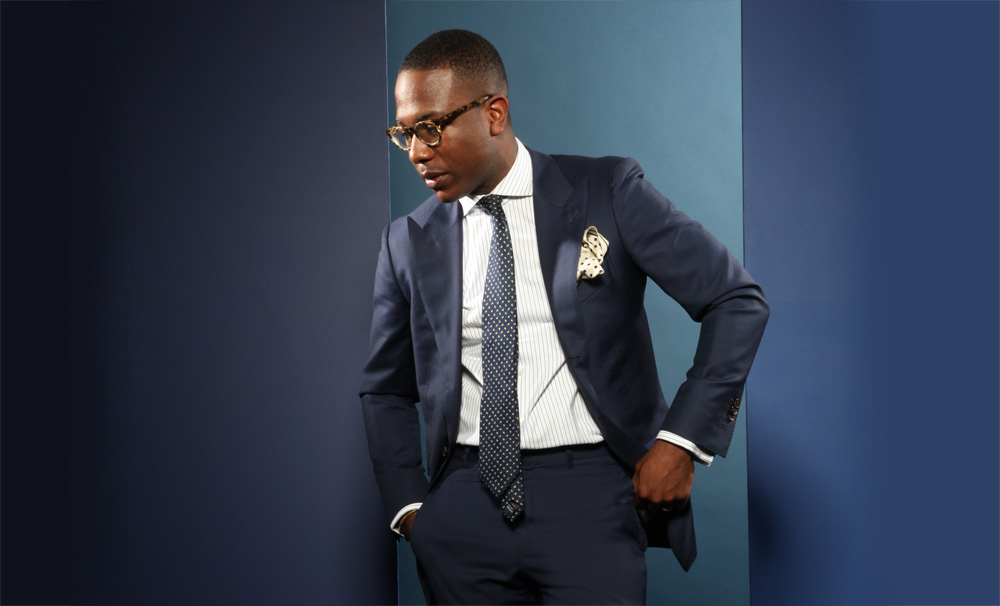 Books are threatened by myriad things in the 21st century. From iWhatevers to streaming to gaming, the millennial generation has access to many devices that may cause distractions as they navigate through their course  to success and empowerment. To that, Museau has some eager words of advice: “Social media has its perks when it comes to broadening your audience, but when it’s time to work, please set that aside in favor of completing an assignment. I’ve realized that a daily digital detox is incredibly important to increasing one’s creative output.”

After his initial debut received critical acclaim, Museau continued to diversify his portfolio by dabbling into mediums such as art, photography, and modeling. From collaborating with Banana Republic in 2014 for its fall campaign to working with fellow BE Modern Man Tristan Walker and his Bevel shaving brand, Museau masterfully blended syntax with charm for an extra element of dopeness to his career. Currently, the 25-year-old creative is preparing his second book, Days After Your Departure, which will come out in collaboration with VSCO this year.

As a man with strong character, intuitive sensibilities, and a dedicated fan base, Museau believes there is “room for growth” when it comes to his impact within the  African American community. “I hope my generation sees me as an artist comfortable in his skin and confident in his abilities to contribute something meaningful to society,” he tells us exclusively. “It is what I am trying to do with my second book—encourage others to tell their story regardless of how ravaged or triumphant it is.” Days After Your Departure chronicles Museau’s maturity after his mother’s death following her fight with progressive colon cancer from 2008 to 2012.

One of our inaugural BE Modern Men, Museau, a man who exhibits strength, resiliency, fortitude, and a true dedication to excellence, is worthy of the distinction. “The BE Modern Man is a gentleman of purpose,” Museau says. “Possessing a keen awareness that his achievements are not only for himself, but for his community and future generations. He is a cultured man who sees more importance in the power of a passport than material things. The BE Modern Man will champion emotional bravery and find romance in all that he does because love is the motivating force behind all good things.”

With that so eloquently said, we at Black Enterprise salute Joekenneth Museau, for contributing positive images of  men of color  to the masses. His mission of providing powerful prose and offering it to like-minded souls around the world frames us in an enthusiastic light, and is meant to be celebrated and appreciated.