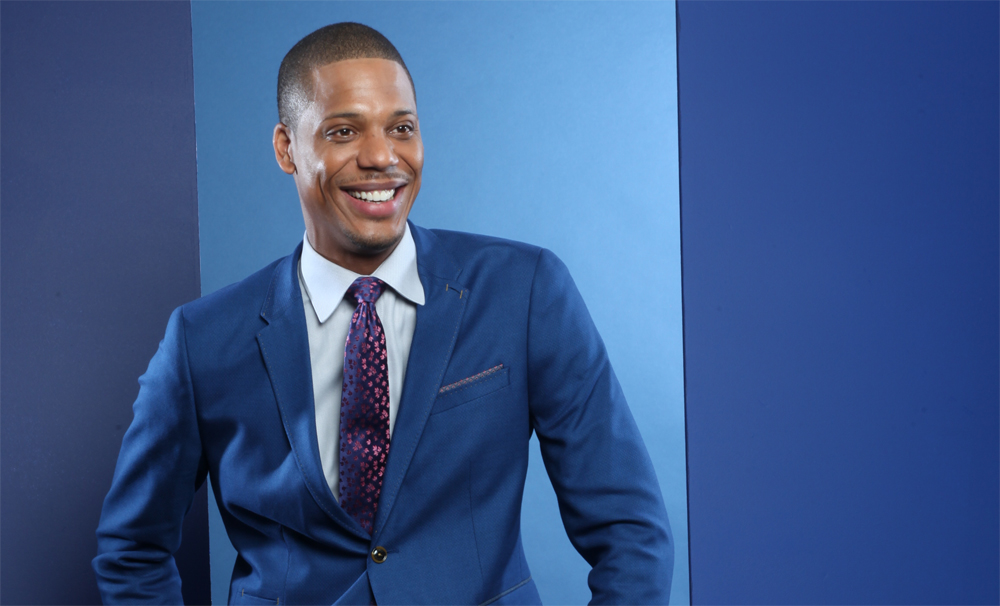 Tradition for us within the African and African American community is the transmission of customs or beliefs from generation to generation. We are the original griots of the world and we are sincerely connected in a way that resonates through millennia. In the case of Dr. Kareem J. Merrick, his choice of profession and way of live stem from his family’s tradition.

The now-33-year-old Director of the dental department at Harlem United in New York City continues his family’s practice after receiving his dental degrees from Howard University. The son of a doctor and a nurse, it is interesting when you learn that initially Dr. Merrick wanted to take his significant intelligence and talents into the  world of government and politics. Seeing that his life could serve the community on the ground — and suffering a chipped tooth — Kareem decided that his love was really with the art of dentistry and he decided to pursue the career professionally.

“I was in awe of the artistry, the architecture, and service associated with the way dentistry improved the quality of life, sustained health and even enhanced the self-esteem in patients in need,”  Merrick told BE Modern Man exclusively. “I became interested in dentistry at about 16-years-old when I chipped my tooth playing basketball. I did not want to smile or socialize. As a result, I asked my dentist, who happened to be a black man, a million questions regarding how he was going to restore my smile. As much of a nuisance as I must have been, my dentist had no idea that he was molding me into a future dentist.”

With alumni parents from Howard University, Merrick and his brother both were influenced to attend the educational institution. “We realized that there was never a reason to idolize strangers on television and magazines when the most inspirational people we knew lived under the same roof as we did,” he says. When asked what were some key tenets to success that black men traditionally carry in their DNA, says:  “I think tenacity, resiliency, and innovation are constant staples that reside in successful black men. These are traits that I, myself, admire and emulate.”

The director of the community-based organization affiliated with New York’s Columbia University worked hard at his residency in the tough neighborhood of Bedford-Stuyvesant, Brooklyn, to take care of those in need of medical attention at Interfaith Medical Center. Defying all the stereotypes that come with being exceptionally tall, athletic, and black, Merrick knows a thing or three about strong role models and the impression they can make among peers. “There must be a greater effort to meet the black youth where they are in this society,” he tells us. “We didn’t have to get ahead to give back and character was worth more than reputation. We just have to bring the youth back to the forefront, no matter who is watching or how different the society they exist in differs from the one we remember to break through the static and make an impact.”

On the next page, Dr. Kareem J. Merrick offers our readers advice on how to collaborate with others…