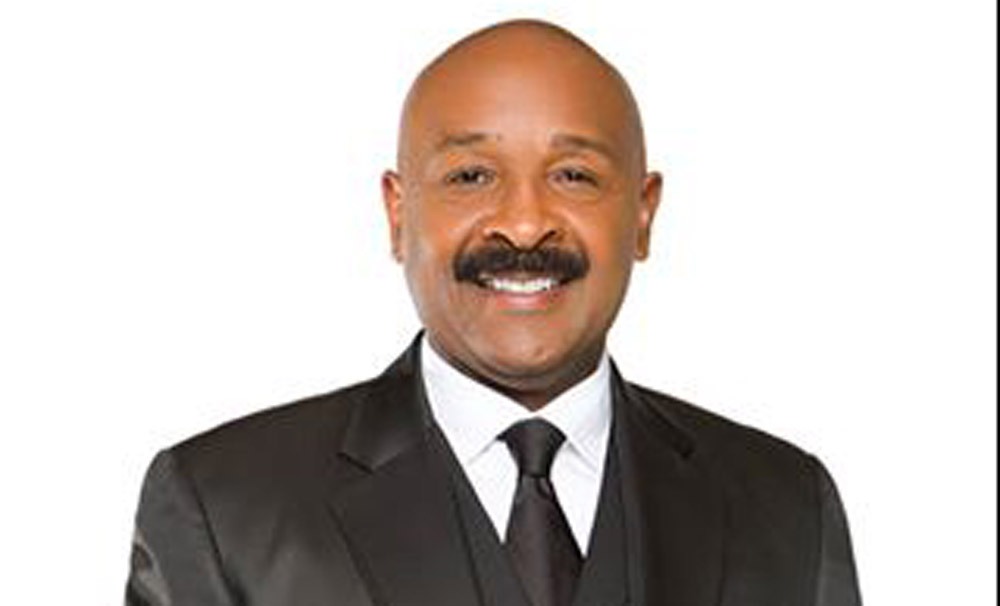 One Word That Describes You: Determined

Rushion McDonald is a writer and producer of some of our favorite TV shows and movies, and the architect behind Steve Harvey’s multimillion-dollar media empire— a signature he’s most proud of. Armed with determination in his blood, a degree in mathematics, and marketing prowess from IBM, McDonald has brokered deals with Harper Collins Publishers, which resulted in the New York Times Best Seller series Act Like A Lady, Think Like A Man and Act Like A Success, Think Like A Success, as well as with Freemantle Media for Steve Harvey to host ‘Family Feud’, and with Endemol/NBC to produce and air the ‘Steve Harvey Talk Show.’ As the Executive Producer of the Steve Harvey Show, McDonald was honored with a NAACP Image Award, Daytime Emmy Award, and the Living Legends Entrepreneur Award for his work across television and radio.

But beyond McDonald’s incredible work ethic, he is committed to educating and giving-back to individuals and communities. He broadcasts his thoughts— as well as other musings on business relationships, goal settings and future planning, and all things money — on his weekly Facebook series “Money Making Conversations.” “I started “Money Making Conversations” because I became frustrated when people would come to the talk or radio show with ideas but when I conducted research on their business, I found they had good theory but no financial structure in place or plan for success,” said McDonald during an exclusive interview with BE Modern Man.

“Too many people are talking with the wrong people about their career. They’re starting a business without creating a business plan or jumping into a career without doing research. Then they’re hoping and praying for success. I’m not an atheist but prayer can only do so much. You have to have a plan on where you are taking your life. You have to put yourself in a position to win.”

“Forecasting and planning are two of the keys to making money. People who work normal jobs don’t plan or forecast because they just go along with the rate set by their employer. But once you become self employed you have to learn how to forecast, plan and project. If you don’t do those things then you’re actually just wishing and praying for success. I tell everyone live on a 30-day lifestyle. If you can’t pay off everything, including rent, credit cards, debt, and vacation, every 30-days you really need to reconsider what type of lifestyle you’re living.”