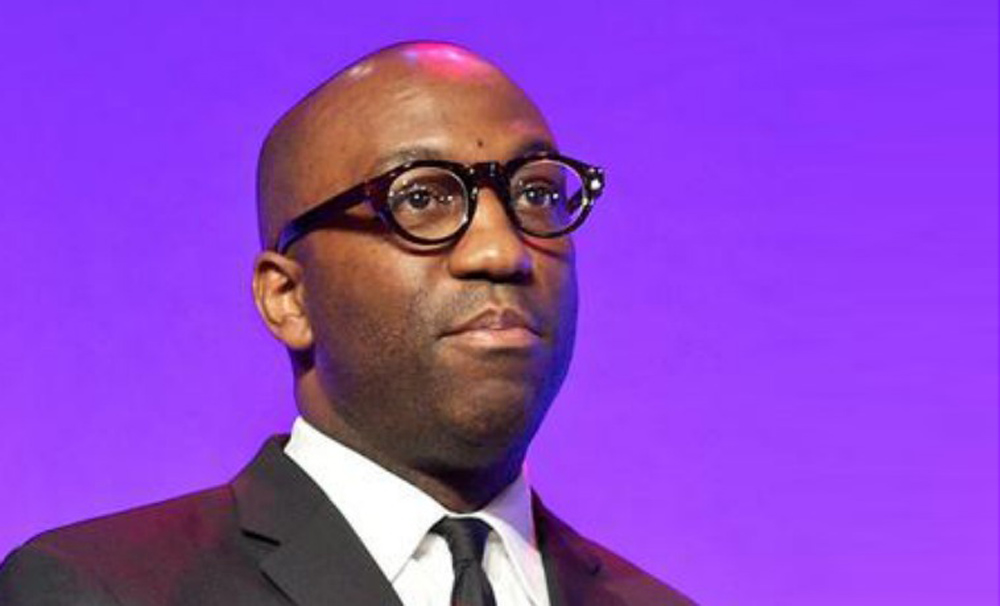 A shrewd and skillful marketer and big time player in the world of advertising, Jeffrey L. Bowman is recognized as being ahead of his time. A holder of a Bachelor of Science in marketing from South Carolina State University and a M.B.A. in marketing from Clark Atlanta University, the advertising savant has gone into business for himself after helping to transform brands and the industry with companies such as Ogilvy & Mather, Sears, and Dell.

With the game shifting completely to the digital landscape, Bowman had already seen the writing on the wall. Stepping down as senior partner and managing director at one of the world’s largest advertising agencies, he decided to hop into entrepreneurial waters, while also sharing his vast knowledge of marketing and advertising with a community he dubs “the New Majority.” One look at his LinkedIn page and you’ll know that the man has the credentials and respect of his peers to lead the next generation of Mad Men.

“Jeff was instrumental in the success of a new marketing event that my team was creating,” Ric L. Anderson, Managing Partner at The Retail ThinkTank, said in recommendation of Bowman’s skills. “He sought out and found new solutions to making the event more meaningful while, keeping the expenses to a bare minimum. He saw the big picture and was creative in his approach.” It is those skills that Bowman uses to set himself apart from other thought leaders and practitioners in the industry.

We asked the pen behind The Cross-Cultural Report and the Brand Cross-Cultural Index what inspired him to enter the industry: “My career started at the Pepsi-Cola company, managing routes, when a visiting executive named Candy Walls asked me when I was going back to business school,” he told BE Modern Man. “I’d only met one other from the Harvard Business School and here this person was challenging me, saying that I belonged to an “elite” social class.” Bowman says that from the moment that gauntlet was thrown in his direction, the wheels began turning on how he could refine the industry for persons of color.

His decision to leave Ogilvy & Mather was timely, as the industry, ad men, and marketing plans for major companies began to tilt toward a next-gen model. Seeing the writing on the wall, Bowman launched REFRAME: The Brand, a trademarked approach to offering advisory services and executive education for large to mid-size organizations. Through his Total Market Enterprise approach, Bowman and his associates were able to assess, organize, strategize, and elicit effectiveness from budding thought leaders in the industry. “There is a plurality that black men have to live in while navigating the world,” Bowman explains when discussing the success gene in a black man’s DNA.

“A black man not knowing this can be the difference in selling an idea successfully or not. It’s not that other men don’t have this quality of perceiving those that identify, or are unable to make others comfortable through an inner-strength—but black men finesse the plurality with a cool, authenticity factor,” he says. It is that effortless sense of self, a defined aura of blackness in a competitive marketplace that enabled Bowman to earn distinction. From winning the Grand Prix award at the 18th annual 4A’s Jay Chiat Awards for Strategic Excellence to being recognized by his compatriots with the “Most Creative and Effective” tag at the Twin Peaks Awards, Bowman continues to tap into emerging consumer segments with the aplomb of a royal monarch.

It wasn’t all peaches and cream for the man whose pioneering work in reframing the marketplace was covered by The New York Times, Advertising Age, and The Economist. “At Pepsi-Cola, I had a manager try to sabotage my business school application package because he thought I was “not ready,” Bowman admitted to us when we asked about peer support. “From there,  I had nothing but people who challenged and supported me during my journey. Guys like Gary Langbo at Whirlpool and leaders at Sears and, of course, Ogilvy, influenced and partnered with me as I would go on to launch the New Majority. It was never a straight line to mentorship for me.”

A dedicated husband and father of two, Bowman stresses the importance of education and making sure he had some advice for the millennial generation. “My personal belief is most or all things have to have an element of online in the [job] description. I think the younger generation gets it. It’s the generation doing the hiring that is limiting the pace of change,” he tells us. “Knowing how to manage Gen Xers and boomers in the workplace is the new skill required for the millennial generation entering the workplace.” Choosing to “listen as life is happening” and following that rhythm to greater rewards, Bowman is worthy of celebrating and proof positive that our normal is extraordinary.

Jeffrey L. Bowman, a man who commands respect through thought leadership and creativity, earned his distinction with hard work and proven results. Buoying black excellence by breaking down barriers and communicating creatively with those in-and-out of his respective lane, Bowman is showing us in real-time how to define the outcomes on one’s own terms. As a BE Modern Man, he urges us to create value in our community, as well as building institutions that solve problems such as “wealth creation, education, securing communities, and healthcare.”

We at Black Enterprise salute you, Jeffrey L. Bowman, your mission of fortifying a place for the New Majority through performance and achievement frames us in an enthusiastic light, and is meant to be celebrated and appreciated!