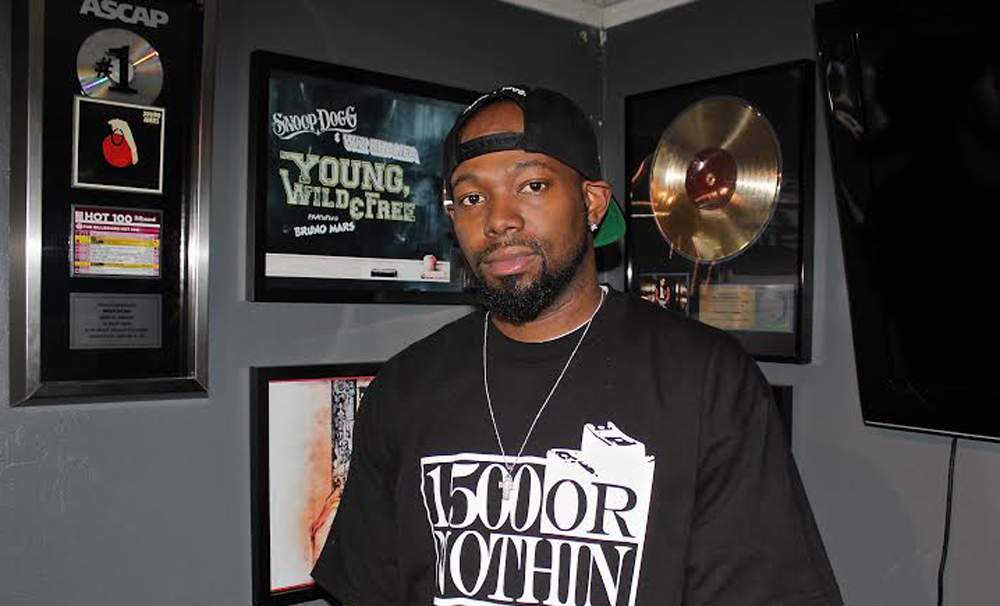 One Word That Describes You: Honorable

As a young boy growing up in the late 1980s Larrance Dopson witnessed the gang chaos and violence that had reached alarming levels in many of California cities. The center of the crisis was Los Angeles, where there were more than 800 homicides in 1987. Crenshaw was no stranger to the sounds of gun fire, police sirens, and ambulance noise warning vehicles to clear space for vehicle pass through. Dopson had to find an escape. He had to find a different world within a world that took the lives of so many. Music became the outlet and “1500 or nothin” became the collective.

Dopson’s earliest memories are of family and music. Along with his two sisters and mother, the family would sit around the piano and sing along as a family while dad played. “My biggest inspiration for doing music is my family,” Dopson tells BE Modern Man. “My parents grew up in Chicago where my father was apart of the musical group, “The Wagers.” He and my mother moved to Los Angeles before I was born so that he could continue his dream.” As his father pursued his dream, musical talents were passed down to the children and Dopson was blessed with the ability to play instruments.

“Very early on, I knew this was what I wanted to do,” says Dopson. “I started out playing in church and eventually a group of my childhood friends and I decided to take this thing further.” Marrying what you want to do with goal execution is often times a challenging task, but nothing worth having comes without struggle. “In the early years it was tough because I was very trusting of people,” Dopson tells BE Modern Man. “I try to do the right thing by people so I assumed everyone else was that way as well.” After unknowingly signing a bad contract, Dopson’s production life was put on the shelf which could have easily been a reason for him to give up. However, it opened up other opportunities as a musician which allowed him to cultivate relationships with various artists which has lent itself to much of his success today.

But breaking through the music industry at a time when social media was just beginning to bubble was extremely difficult. Unknown during the 80″s and 90″s really meant unknown. Sharing your work during these times literally meant to physically share your work within your circle and hustle to get it in hands outside of it. “It’s hard to break in as an unknown because people don’t want to give you a chance or they want to take advantage of you,” says Dopson. “It took me a little while to understand what I brought to the table and to not allow anyone to offer me less than I deserve.”