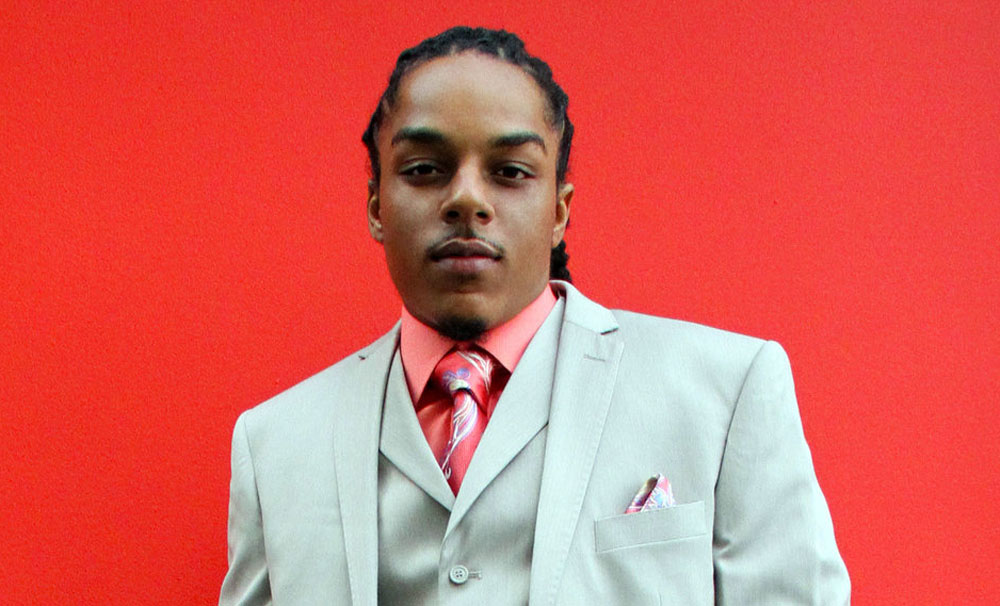 Messiah Ramkissoon performed at Washington D.C.’s National Martin Luther King Memorial dedication ceremony, sharing the stage with President Obama. Born in Trinidad, raised in NYC, and groomed in the greater Washington, D.C. area, Ramkissoon uses his ability to transform language into meaningful spoken-word, as a means of reaching people in this country and abroad. Performing on the world’s biggest stages, with its brightest stars, his name Messiah — which means deliverer — is surely representative of what he’s all about.

Studying the voices of the past, present, and future, Ramkissoon began to realize how powerful “spoken words” can be. He was inspired by orators, such as Muhammad Ali, and Malcolm X, and began to see the art and meaning within the words. “Through studying, I witnessed the transition of Malcolm X, from the street life to becoming one of the most prolific liberators our generation has ever seen,” says Ramkissoon. “This not only inspired my message as a writer, but also served as a powerful template for the Black and Latino males I counsel behind bars. Identification is the most dominant source of influence when dealing with youth.”

Without struggle there is no progress and Ramkissoon faced many hurdles, which he says contributed to his success. “Born and partially raised in my native country of Trinidad, West Indies, I migrated to the United States at age 11 (1994) and underwent many immigration struggles for the majority of my life,” Ramkissoon tells BE Modern Man. Even with his achievements at Howard University, winning 3 consecutive shows on “Showtime at the Apollo” at 21, no one knew the challenges he faced at home. Unable to vote, or even apply for a job, Ramkissoon pressed on to make his parents proud. “I’ve learned that if you wait on everyone to get on board before moving forward, that plane may never take off or reach its destination in a timely manner. Sometimes you have to send the plane back later to pick up those passengers who weren’t initially ready, if possible,” he says.

After breaking through his many obstacles, and becoming a leader, Ramkissoon says he has found success through practicality. His inner-city experiences in Maryland, Washington, D.C., and NYC have allowed Ramkissoon to share and relate. “I performed, volunteered, and worked, in male jails within these three areas where 99 % of the detainees are Black and Latino,” says Ramkissoon. I knew that in order to affect change you have to deal directly with the people you want to impact.”

Education is a key component of change and working and volunteering in a population where many of the youth weren’t in school prior to incarceration, is challenging. For Ramkissoon, being successful is about determination. “Whether you have a college degree or a GED, the strength of  ‘the pull’ determines the distance the arrow will travel, but the aim determines where it will land. Sometimes the target/goal isn’t as far-fetched as one may think, but doing the homework and having a core value system which incorporates devotion, is key”says Ramkissoon.

A writer, poet, and youth advocate who has shared stages with the likes of Janelle Monae and Lupe Fiasco, Ramkissoon’s voice often reaches a deafening level in popular culture. He tells BE Modern Man that breaking free from the conventionality placed on us, requires more than the individual success of someone who comes from a particular community; it involves being tied to the community through service.  “The template of one’s individual success isn’t enough to help break the cycle. The African proverb behind the word ‘sankofa’ encourages one to always throw the rope back, regardless of how high up the ladder we climb. Not only do I plan on continuing to exude this physically, I also plan on projecting this message as much as possible.”

A young man that exhibits strength, resiliency, fortitude, and a commitment to excellence, Ramkissoon describes a BE Modern Man as someone who is motivated by his history. “A BE Modern Man is one who uses the sacrifices of his ancestors as motivation to challenge the boundaries of excellence.”

The BE Modern Man team salutes Ramkissoon for his ability to embrace his struggle as a youth, and use it as fuel for reaching the communities that attempted to break him. Continue to use your voice as a vessel.