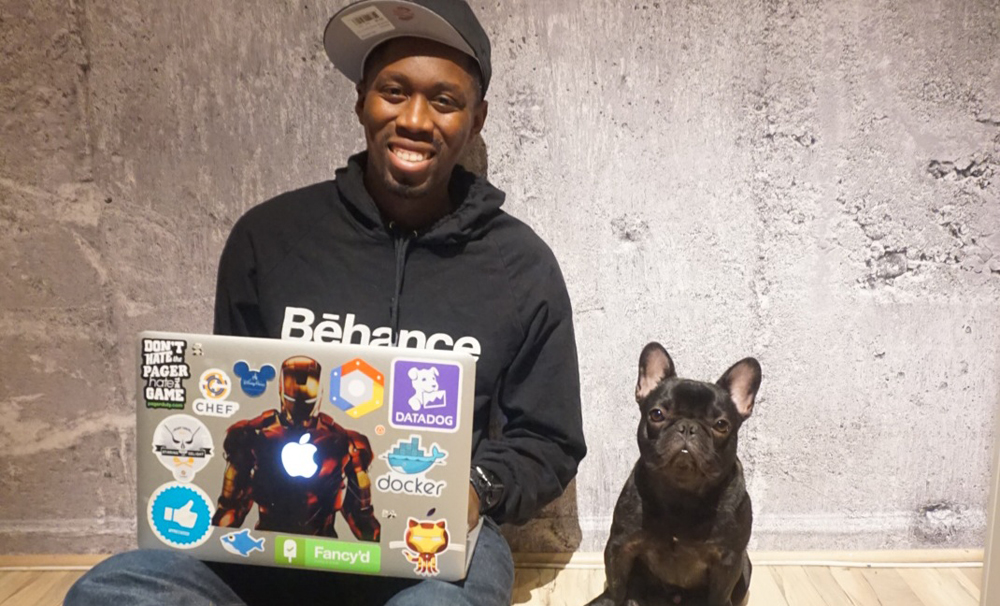 One Word That Describes You: Enthusiastic

When you combine enthusiasm with creativity the result is Malcolm Jones. He is DevOps Engineer at Behance, the Adobe online platform that allows artists to upload their portfolio and showcase their work for the art community. The University of Virginia grad was part of the first Bachelor of Arts in computer science class there. After a brief stint at Tidal TV, and starting FOJO (Fashion and Dojo combined) while unemployed, he was able to use his experience and UVA network to land a great position at Behance.

As a young boy, Jones’ biggest super-hero was his father, who introduced him to computers. “I’ve always had a big imagination, and when he introduced me to the world of programming, I went crazy,” Jones tells BE Modern Man. In elementary school Jones began developing his skill-set through a program called ‘Klik and Play,’ where he used “loops,” “collision detection,” and event-driven programming to make wild video games.

Although he had a keen interest in math and science, a high school counselor almost kept him from moving forward. “My high school counselor doubted my ability to make it to UVA, which was the only college I’d ever wanted to go to,” says Jones. Forced to decide if he should give up and follow his counselor’s advice or prove the counselor wrong, Jones took the advice of his father. “My dad always told me, ‘don’t let anyone in this world tell you that there’s something you can’t do, if you put your mind to it and give it your all.'” He took the words of wisdom from his father and hasn’t looked back since.

If you look up a typical picture of a programmer, you may not see a skinny, dark-skinned, West Indian guy like Jones. On a typical day he can be seen wearing 7 gold-chains, along with his L.A. Gears, as he parades around the office. “You would never guess that I could provision 25 Linux CentOS servers running a PHP based image processing web application (in parallel) that automatically adds themselves to a load balancer, while drinking my morning coffee and reading articles on arstechnica.com.” Being himself, and allowing others to creatively be who they are, is what make Jones so unique in a world where people look and judge. “I feel as though if I stay true to who I am, there might be a kid one day who can realize he (or she) doesn’t have to look or act like everybody else to be successful.”