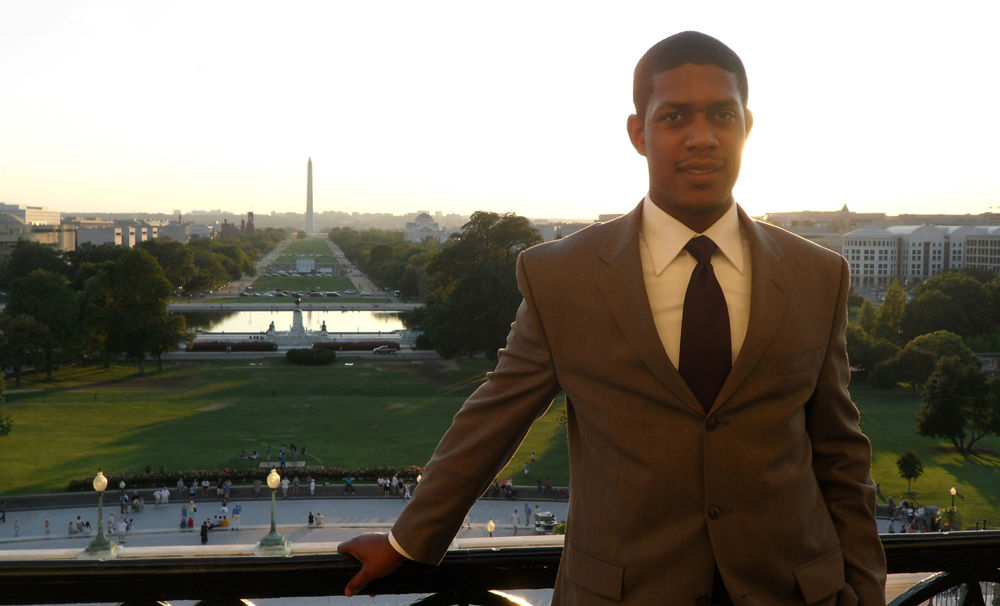 One Word That Describes You: Balanced

Isaac Matthews is leading millennials into new realms of space exploration. With an educational background in engineering and career experience in aeronautics and aerospace, Matthews’ inspiration for pursuing his career as an aerospace engineer at NASA demonstrates the importance of visible heroes outside the sports and entertainment arenas. He credits The 332d Fighter Group (the “Tuskegee Airmen”), as well as other African American astronauts, like Dr. Mae Jemison, Leland Melvin, Dr. Bobby Satcher, Alvin Drew, Stephanie Wilson, Dr. Guion Bluford, for fueling his passion for space exploration.

“The challenge in exploration and opportunities afforded in space are absolutely awe-inspiring,” Matthews tells Be Modern Man. “Present human spaceflight capability limits us to Low Earth Orbit. NASA is currently working on advancing human spaceflight capability in a mission to Mars, through the Orion Program – as it is developing a multi-purpose crew vehicle, aptly named Orion.” When you take big-swings, you open yourself to incredible failures. Learning from those failures, and putting things in the proper perspective, is Matthews’ definition of success. “The most incredible obstacles I have faced were often those I set for myself,” he says.

There are certainly challenges associated with being what Randall Pinkett has called in his book, a “black face in a white place.” As in many industries, negative stereotypes and low expectations cast a shadow of doubt, and the environment requires near flawlessness in order to truly change cultures of exclusion. “It has, historically, been part of a narrative that you must be twice as good as the others – it is this sense of duty that being twice as good opens the door of opportunity for others to follow after you. This sense of duty to others has, in no way, diminished the legacy of excellence that is the black heritage.”

Never labeling himself exceptional, Matthews does consider himself to be exceptionally relentless. “While I was at the University of Maryland, Baltimore County, as a Meyerhoff Scholar, I truly learned that achievement is not at an individual level. It’s in community where one thrives, and in community that one progresses,” Matthews tells BE Modern Man. For Matthews there is no greater joy than seeing the success of a mentor, a mentee, friend, colleague or family member. He considers their success, his success. “I am motivated by the African proverb – if you want to go fast, go alone; if you want to go far, go together. Perhaps my greatest achievement was coming to understand this.”

Commitment to the right things — excellence, integrity, and truth — have ushered Matthews into a leadership role at a young age. “People will take notice of bold commitment to stand alone,” says Matthews. “People notice individuals with vision, even if they themselves can’t understand it.”

Having vision doesn’t diminish the disparity  in mainstream media and its portrayal of our efforts. “We are responsible for defining our narrative, which will often be told mainly by us,” says Matthews. “We cannot expect that others will appreciate our achievements or contributions, as has been proven throughout history time and time again. The power of exposure cannot be understated, as it is the historical evidence that inspires the future.”

More concerned with “being about something” as opposed to “being something,” Matthews believes that we are at a watershed moment where inconsistencies within our social doctrines are unsustainable. “The BE Modern Man is poised to bring honest dialogue to the forefront in this time, and he is prepared with an answer to the tough questions of our day,” says Matthews. “Not only is he prepared with answers, he is doing the work to bring about sustained cultural shifts that mirror yesteryear’s struggle in bearing the fruit of today’s progress.”

The BE Modern Man team commends Isaac Matthews for his foresight, and commitment to making huge contributions to space exploration.

It’s our normal to be extraordinary. Follow@blackenterprise and join the BE Modern Man conversation using #BEModernMan.