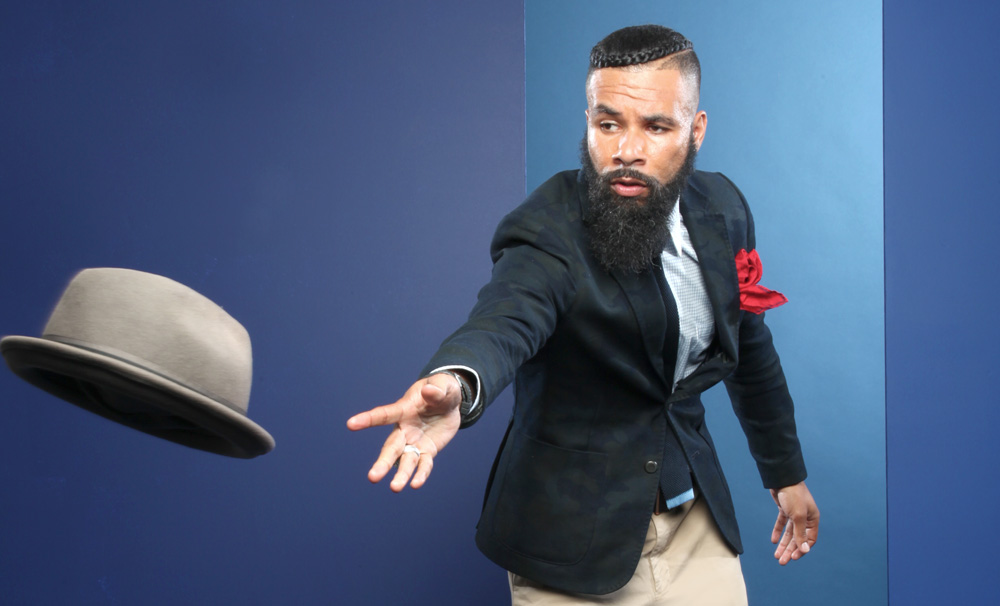 In New York, as is true of Los Angeles, millions flock to the city because they feel it is the epicenter for celebrity and fame. Though partially true, it is insane how far people will go to become “the next big thing” in entertainment. Chris Classic shies away from such distinction, preferring to be a mysterious connector and innovator of grooves that still makes cool things happen. For those on the outside looking to get in, unsure of how to hop the velvet rope, Chris Classic has some advice for you. “Not everyone has good intentions for you,” he tells us. “Those with good intentions also have a reality of their own that may sometimes make it difficult to live up to those intentions. It is very rare when someone wants to see you doing better than they are.”

As a man with strong character and a suave demeanor, Chris Classic knows that he’s made an impact within the African American community — even if he’s not topping the Billboard charts. “I see myself as someone who has remained an individual while balancing hands-on fatherhood and a career,” Classic said. “I think that handling that balance is the heartbeat of a new generation. It is a fact that you won’t see on CNN or your mainstream news feed, as African Americans, we are constantly limited to stereotypes within a box. The man known as Chris Classic has never been to jail, has held the same job for 17 years, donates his time and money to the impoverished young and homeless in New York City, and that alone urges the box to break open.”

Chris Classic believes that being a BE Modern Man means being humble and “understanding, fully, our ability to shift the cool-culture to other possibilities.” A man who prides himself on standing tall and holding his own amongst giants, Classic earned his reputation through rigorous exercise and disciplined dedication. From writing hit songs for Hollywood, to being a hands-on father to his own son — Mr. Classic represents the melodious spirit that proves our normal is extraordinary.

We here at Black Enterprise salute you, Chris Classic, for contributing positive images of African American culture to the masses.

Be sure to follow the latest and greatest from Chris Classic (and us!) by following on Twitter.