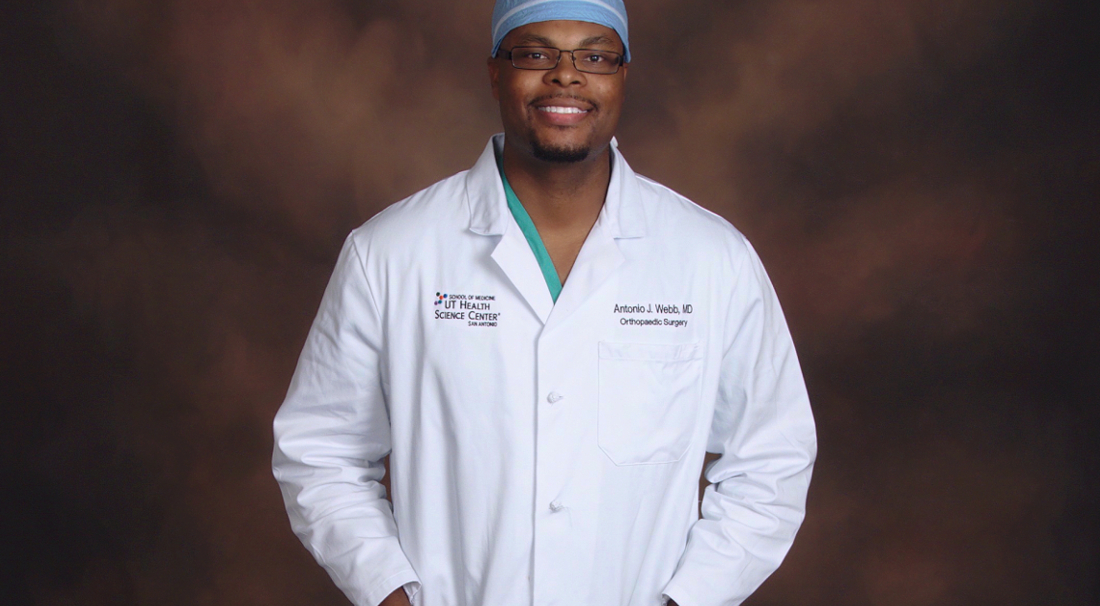 One Word That Describes You: Resilient

It is an honor to be included among the many other successful and modern men who have paved the way for our generation. Having this distinction means a lot to me and I am very humbled to receive it!

Throughout my life I have been faced with many struggles which I have turned into success—beginning with my childhood in Shreveport, Louisiana, where friends and family members were either serving jail time or addicted to drugs. Shreveport, at this time was named the 13th most dangerous city in the U.S., and some close friends were even killed amidst the challenges of the neighborhood.

At one point, three out of the six members of my family were in prison at the same time, all for different reasons. Ever since I was a little kid my mom has been in and out of jail, and on and off drugs. My little brother was sentenced to juvenile life for armed robbery, and my little sister spent three years in federal prison. My dad spent time in prison as a teen as well, for drugs and his time with gangs.

During this time, many friends were either also killed in the violence or sent to jail for lengthy sentences. It wasn’t until I was introduced to a local medical magnet program in Louisiana, which exposed students to career fields in medicine, that I envisioned myself as a doctor, even though no one in my immediate family had completed college, let alone medical school. I credit this program for saving my life and keeping me off of the streets.

I knew that my best chance for financial help with higher education would come if I served in the military, so I joined the United States Air Force at age 17. I served a total of eight years, including a tour to Iraq in 2005. I was deployed to a location right outside of Baghdad, Iraq, named Mortarville for the amount of attacks that the base received on a daily basis.

I recall one instance where a grenade was thrown near my location, but thankfully it did not explode, otherwise I would not be writing this today. I returned from Iraq in one piece and decided to continue my goal of becoming a doctor. What I didn’t know was that it would take me three years of applying to medical school before I would get accepted. I was rejected my first two years of applying but each year, I had to study a lot harder, read a lot longer and keep trying. I was finally accepted to Georgetown Medical School where I graduated in 2014 with a Doctorate of Medicine (M.D.) degree.

Honesty, dependable, and trustworthiness. I think all of these are essential for a healthy relationship.

I am working on another addition of my book, Overcoming the Odds, as well as starting the process of writing two other books. In addition, I am working to carry on the legacy of my youngest brother who passed away from Leukemia, by starting a foundation in his name that will give scholarships to those in need.

One of my mentors once told me, ‘Failure is not in the falling down, it is in the failure to get back up and try again.’ Having to apply to medical school three times after being rejected year after year really made this advice come to light. Each year of rejection, I had to get back up and try even harder, and that’s exactly what I did to become a surgeon.

Be a positive role model. Seek out younger kids and offer your expertise or advice. Become successful, but always stay humble and give back to those coming behind you.

I think it’s important to always come prepared. Usually I review the night before and anticipate any hiccups that may arise during the meeting. I jot down notes and any questions that I may want to ask so that I feel and look prepared during the meeting.

I love to be on the beach. My favorite vacation was my most recent one to Jamaica. An absolutely beautiful place! I loved the culture, the food, the people, and can’t wait to go back again!

South Africa! I’ve been to 7 countries (including Liberia, West Africa, where I performed surgery and emergency medicine) and only have seen pics of South Africa, but from what I hear it’s a beautiful place!

Thank you to Black Enterprise and BE Modern Man for this opportunity. I think it is a great platform to motivate and inspire change in our community and today’s society! Hopefully, my story will inspire someone to never give up on their dreams and goals!