BE Modern Man: Meet "The Tastemaker" Marcus Troy - Page 2 of 2 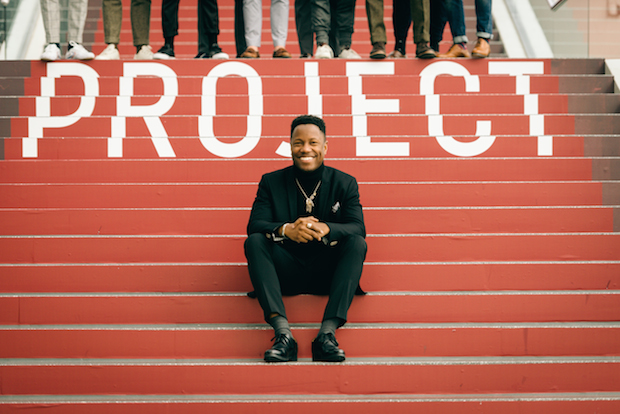 Yet, for every Marcus Troy or Necole Bitchie, there are a host of people  and digital destinations who aren’t able to crack through the noise. This leaves potential strong role models like Troy and his ilk without a means to connect to those who could use the influence. We asked the tastemaker just what he does to break through the static and make an impact among his peers. “I try to live in a world where I work on the work,” he says. “I try to stay positive and lead by example of what you can do if you focus on the work. It is all I can do for now.”

That positivity is what we hope becomes infectious and contagious among the black populace. Instead of championing our successes outside the typical stereotype, Troy believes that we’re not celebrated as much for other reasons. “We are not celebrated because we don’t own the right channels or outlets to celebrate us,” he suggests. “We don’t have the power and that is just how it is for now. A lot of us have decided to live up to the negative stereotypes. We need to repair our imagination, [and] it has not happened as of yet.”

A man who feels at home in the urban jungle or on Main Street, Troy believes that being a BE Modern Man is “not about color, religion, or creed.” He says rather eloquently that “being a BE Modern Man is about accepting the responsibility we have as men and being in control of what we put out into the universe. Realizing that being free is of the mind and we can go anywhere our minds takes us… especially into modernism.”

Troy, a man who prides himself on forging relationships and being ahead of the trends, earned his reputation through savviness, skill, and studying his craft. From hitting all the new stores once he steps foot into a new area to positioning himself to get first look at the hottest brands before anyone else, he represents the imaginative awesomeness that we as a people have that proves our normal is truly extraordinary.

We at Black Enterprise salute you, Marcus Troy!  Your mission of providing tastefully curated selections and offering them to trend seekers frames us in an enthusiastic light, and is meant to be celebrated and appreciated.