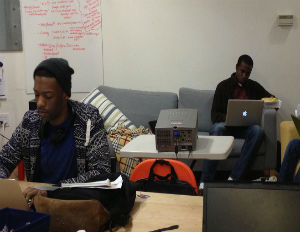 The Black Founders has received a new $100,000 grant from the Blackstone Charitable Foundation, allowing the tech group to expand its hackathon program to more black students. The innovation grant means the entrepreneur-focused hackathon program will be offered at more historically black colleges and universities.

[Related: Diversity in the STEM Pipeline]

Hackathons allow computer programmers, graphic designers and others in software development to work together intensely on technology projects. The funding marks the largest single grant the San-Francisco Black Founders have received.Â  This national non-profit organization was launched in 2011 by to increase the number of successful black entrepreneurs in tech.

The grant will pay for HBCUHacks, a program that helps develop a pipeline of minority tech talent. The program includes visits to black college campuses over a weekend and gives students a chance to use their coding, design, and business skills to build software and mobile apps.

The program teaches students about tech entrepreneurship and connects them to top tech companies to began careers. “Our hackathons aren’t just a weekend of coding. They’re a way to introduce black students to tech career opportunities and introduce tech companies to talented students who they might not otherwise meet. At some of the largest tech companies, less than 1% of their tech workforce is black. There are talented young professionals interested in tech careers that these companies are missing out on,” says Monique Woodard, a founder and executive director of Black Founders who owns Speak Chic, a fashion tech firm that has created a mobile app that teaches individuals how to pronounce fashion brand names.

Since the group was started four years ago, Black Founders has hosted many events ranging from local events in cities like Atlanta and New York to larger conferences in those cities as well as Austin, Texas. The group now reaches thousands of entrepreneurs with its hackathon and entrepreneurship programs.