STEM Facts That May Shock You 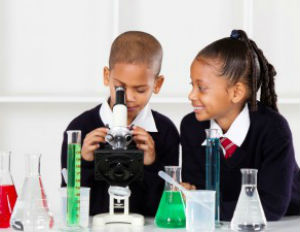 Leadership tomorrow depends on how we educate our students today–especially in science, technology, engineering and math.”– President Barack Obama, September 16, 2010

Right now, the lack of women and minorities in STEM is a hot topic across businesses, government agencies, and academic institutions. According to an international educational assessment, some of the best schools in the United States are two years behind their Chinese counterparts in math.Â And, women make up about half of the American workforce but they represent less than one-quarter of those employed in STEM fields, according to the U.S. Department of Commerce.

As our reliance on technology increases, our economy will continue to demand and create jobs that depend on science, technology and engineering and mathematics. With President Obama’s Educate to Innovate initiativeÂ dating back to 2009, and Teach for America’s STEM initiative dating back to 2006, what are the statistics behind the gender gap in STEM? How much progress have we made? Can we recruit andÂ prepare 100,000 effective STEM teachers over the next decade?

Review the infographic below and let us know what you think about the STEM facts compiled by STEM Education Coalition, Bureau of Labor Statistics, National Math + Science Initiative, U.S. DOE and STEM Advantage.