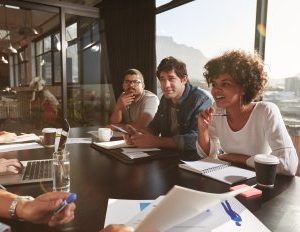 You need to pull out all the stops and offer great perks, whenÂ  running a successful crowdfunding campaign.

In Part 1 of this series, we showed you how to cultivate donors, and in Part 2, how to create a great pitch video. In our third week,Â  we are shedding some light on how to offer your backers rewards.

Keep in mind that things can turn ugly very fast if you over promise; taking people’s money without delivering the goods–just as one startup, The Coolest Cooler, discovered. The Coolest Cooler is a “smartâ€ cooler with a built-in, waterproof, Bluetooth speakers and a built-in device charger. The 55-quart cooler also has an LED-lit lid, wheels, a built-in blender, utensil storage, and other unique features.

At the time of its launched, The Coolest Cooler was the most popular Kickstarter of all time, raising $13 million. The initial purchase price was from $165-$225. But, due to unexpected manufacturing costs, the company started selling the cooler for $400. On top of that, the company came up with the somewhat misguided idea to charge customers–Kickstarter backers–who had not yet received their cooler, an additional $97 for “expedited delivery.” Now, The Coolest Cooler is regarded as one of Kickstarter’s “biggest disasters,” as reported by theverge.com.