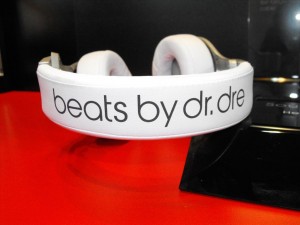 The deal is the latest milestone and largest investment to date for Beats, whose signature Beats by Dr. Dre have seized a huge portion of the premium headphone market. HTC Mobile of Taiwan also agreed to sell its remaining 25% stake in Beats back to the company for $265 million.

The company has grown rapidly in recent years as its signature headphones–which generally cost between $200 and $400 each–have captured more than half of the U.S. market, at 64%, for premium headphones, according to data from NPD Group.

Beats is on track to collect revenue of roughly $1.2 billion this year, up from less than $200 million in 2010. The company currently has about 360 employees, up from 30 less than two years ago.

Since inception, Beats has expanded its product base to include portable-speakers, audio systems for cars, laptops and mobile phones. Beats also has developed a streaming music service that could compete with the likes of Pandora Media Inc.

The company’ s mission is to provide a superior end-to-end music experience – with headphones, speakers, devices and services — “so fans can feel the emotion and hear the music the way artists intended it to sound from the studio.â€

The Carlyle investment will further Beats’ push to become a global consumer-electronics company.