Beats By Dre Moves to Ireland to Beat the Taxman 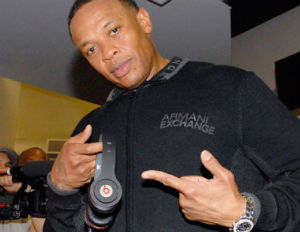 Music producer Dr. Dre has gone from rapper, to the highest paid musician and in the process became a shrewd businessman.

His company, Beats Electronics, has followed the example of other celebrities such as U2 and set up shop in the tax haven of West Cork, Ireland. The move is sure to save the already rich rapper plenty of money.

Dr. Dre was named the highest paid musician of 2012 by Forbes magazine, after reportedly earning $115 million dollars this year. Most of Dre’s income comes from his popular “Beats” line of headphones. He co-founded the parent company, Beats Electonics, with Jimmy Iovine chairman of Interscope Records. In 2011, Taiwanese cell phone maker HTC paid $300 million to buy a 51% stake of the headphone company.

In July 2012, HTC sold back 25% of its share in the company, which means Dre and Iovine now control 75 percent of the company. Beats Electronics had a net income of $59 million in 2011 and Dre’s net worth should go up as the company continues to expand their very popular line of headphones, which has already co-branded with superstars such as Lil Wayne, Lebron James and Justin Bieber.

By basing the company in West Cork, Beats Electronics can “artificially but legitimately reduce profits as a means of reducing tax liabilitiesâ€ according to the paper.