Behind the Numbers of Kobe Bryant's $24 Million Dollar Payday 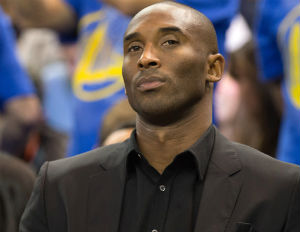 Well, we all had a pretty crappy day compared to one Kobe Bean Bryant. Kobe, who is nursing an Achilles tear he suffered on the eve of last year’s playoffs, gets a payout of nearly $23.4 million dollars today. Why? Because that’s how his contract was structured, that’s why. And because life ain’t fair.

We decided to break down the numbers of the friendly little arrangement, which frankly would have been enough for any other organization to use its amnesty clause on. But it’s Kobe, and it’s the Lakers, and trading or attempting to rid itself of its obligation to pay him would have set off far too much backlash among the Lakers fan base. Lest any of us forget, the Lakers reached an exclusive-rights TV deal with Time Warner Cable, which means, you know, that they’re probably going to want to keep Kobe around for as long as is humanly possible.

On to what you came for …

$24,363,044 — That’s the exactly number, down to the dollar, that’s being reported that Bryant’s check will be. Let’s all go ahead and just assumed it’s a wire — or that the Lakers group does direct deposit for its employees.

$1,400,000 — The Lakers can reportedly offer Kobe this much to sign him to an extension. Kobe is more likely to go to Q school, qualify for the Masters, and put on the Green jacket at around 7 p.m. ET on a balmy Sunday next April in Augusta, Ga.

$32,000,000 — The Lakers can offer an extension this high, after which they’ll rename Staples the Kobe Center, and give him the option of an ownership stake. The extension will probably be somewhere in the middle. But the pure fact that Kobe Bryant, at 36, still deserves to be one of the top paid players in all the game is a testament to not only his will and singular talent, but also to his status as one of the game’s legends.

10.30 — Percentage on their income couples are making more than $2 million pay in California. Because of this, Kobe, Vanessa and the girls will have to rough it for the next few years. Let us keep them in our prayers.

Really, though, ESPN estimates Kobe’s take home will be around $11 million, which, you know, still ain’t bad.

241 — Number of days before Bryant is a free agent. The Lakers have until June 30 to finally extend their man.