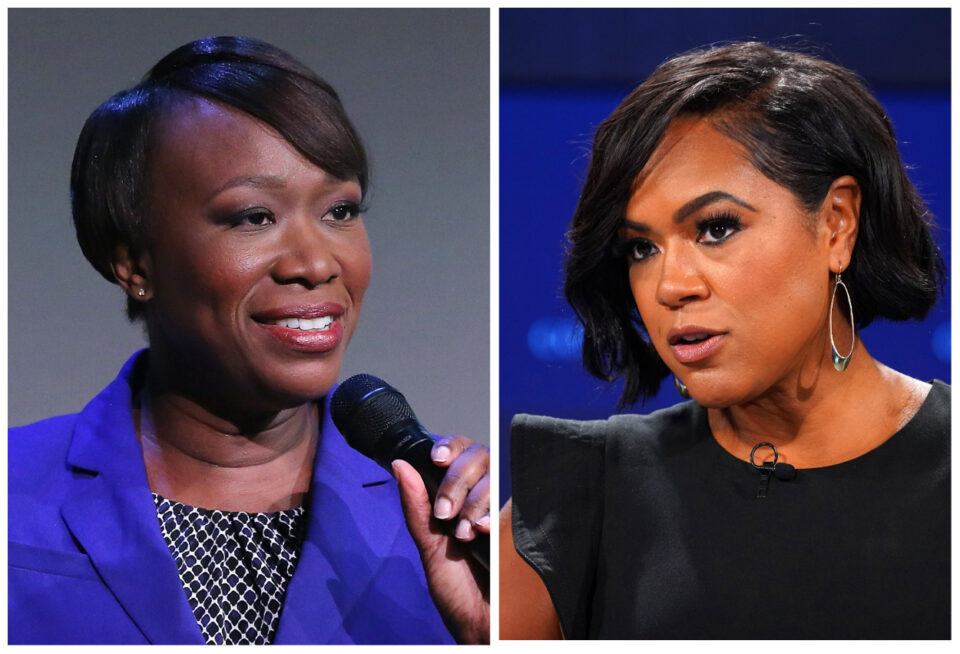 One thing for certain and two things for sure: MSNBC host Joy Reid let it be known that she’s got her sister Tiffany Cross’s back after the network severed ties with the host.

According to Variety, MSNBC has decided not to renew Cross’ contract and will invite a rotating lineup of guest anchors to host the show until a replacement is found.
Reid who hosts ‘The Reid Out’ on the same network didn’t mince words defending her friend.

“Before I go, I really do just want to say one quick thing about my friend, colleague and sister Tiffany Cross,” an emotional Reid began.

“She’s not just my friend, she’s my sister. I love her, I support her, I was boosting for her to get the show that she created, the Cross Connection, which she put her heart and soul into everyday.”

The news quickly spread through social media with many alleging that it was Cross’s tongue-in-cheek chat with Charlamagne Tha God’s show ‘Hell of a Week’ that led to Cross getting canned.

“Florida literally looks like the d–k of the country so let’s get rid of Florida,” cross said on the show. “Let’s castrate Florida.”

Cross’ background was enlisted as part of MSNBC’s ambitious efforts to introduce a broader range of diverse voices to its program. She was previously a fill-in host for Joy Reid’s weekend show “AM Joy” and eventually landed her own Saturday program in 2020. “The Cross Connection” aired from 10 a.m to noon.

Reid spoke up to let her viewers know that whatever Cross decides to do in the future she’s got a village that will always be in support of her efforts.

“You don’t understand how sisters move,” Reid said emphatically. “So, watch this space. We will be here, her sisters will be here to support anything Tiffany Cross ever does. Know that. Believe that.”