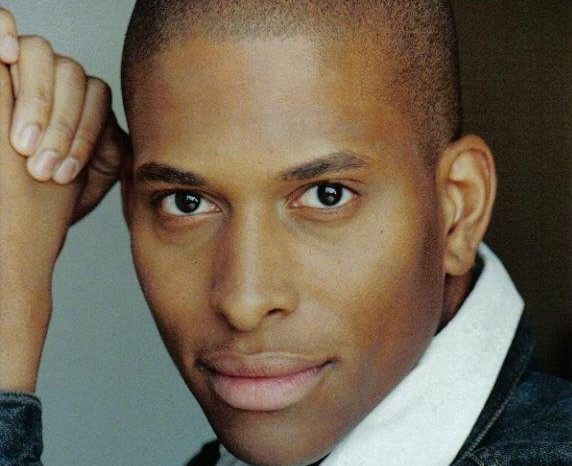 As a filmmaker and attorney, I tell stories and I represent people who tell stories. As a filmmaker, my goal is always to make movies that have a social justice focus, but that are also funny and entertaining.

My latest film, BURDEN details the macro and micro-aggressions we face as men of color in this society. I wrote in response to a discussion of what happened to the two men in a Starbucks in Philadelphia in April 2018.

90 DAYS starred Teyonah Parris and Pauletta Washington and dealt with HIV/AIDS in the heterosexual black community. The film literally toured the world, opening up dialogue on the topic in our communities across the African Diaspora and in Africa. It won many awards including multiple awards at Cannes and an African Academy Award. More importantly, it started young to old people talking about this disease that is still ravaging our community when it doesn’t have to do so anymore.

I also write books and have done several TV shows. The thru-line in all of my projects as a filmmaker and attorney is uplifting, empowering, and celebrating our people.

I am most proud of my relationships with my family and my friends. The love I have in my life is the fuel that keeps me going when showbiz and entrepreneurship gets rough. My family is a traditional tight-knit, wisecracking and all-loving black family from the Southside of Chicago. I also pride myself on having the same friends for literally my entire life. When you have a solid foundation under you anything is possible, and I am proud that I have maintained, nurtured and supported the people that mean the most to me.

After living in New York City for almost 15 years, I decided I needed to move to Los Angeles to give my career as a writer/director a boost. I had been majorly successful in New York and had firmly established myself there. I moved to LA right after my 39th birthday. Little did I know that the first year in LA would be one of the most difficult years ever in my life.

Almost a year later, I celebrated my 40th birthday and things still hadn’t improved. My birthday party underscored that I was alone in a new place. It was filled with people, just not with the people that mattered most to me. It depressed me and I went into a week-long funk, secluded in my house.

By the weekend, I had enough of my pity party and knew I had to do something. I had to take the pain I was feeling and use it as fuel to change my circumstances. So the Sunday after my 40th birthday, I sat down and wrote my award-winning film, 90 DAYS, in 6 hours. That little film changed my life and firmly cemented me as a writer/director in Hollywood.

My grandaddy aka “Big Daddy” was the epitome of what it meant to be a man. He worked hard. He wanted to learn things. He was a man of principle, integrity, and honor. He loved his family first and most. And he was dedicated to excellence in whatever he did. Whether it be the two jobs he worked for 30 years—driving a CTA bus and working for the Post Office—to being a 33rd Degree Mason, to the job that was most important to him: being a loving husband, father, and grandfather. I think about Big Daddy often and I always want to make sure I carry his legacy of excellence forward in my work as a filmmaker and attorney.

My mother always told me to, “Never give up and always do your best.”

My entire mission is to make sure I am not the last of anything. As a filmmaker and attorney, I make it a point to hire and mentor younger black men in entertainment. Just as Ava DuVernay does with women, I do the same to make sure my editors, my producers, my crew are made up of a lot of black men.

I have also volunteered for organizations like College Summit/Peer Forward, which helps young black men (and women) who might not otherwise go to college prepare, apply and go to college.

I define manhood as the acceptance and execution of responsibility, duty and your place in the world. It also is the courage to stand for your convictions and the confidence to love who you are.

I want black men and women to really understand and embrace the extent of our power. We are powerful beyond measure and the sky is just the beginning of what we can accomplish in unity for our community. Truly, you can decide to be and become whatever you want. We have that much power and I want us to know it!