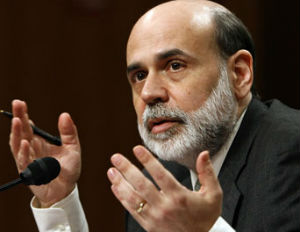 At a financial summit in Atlanta on Thursday, Federal Reserve Chairman Ben Bernanke said that discriminatory lending practices exacerbated the impact of the housing crisis on people of color, according to ThinkProgress.

“One is redlining, in which mortgage lenders discriminate against minority neighborhoods, and the other is pricing discrimination, in which lenders charge minorities higher loan prices than they would to comparable nonminority borrowers,â€ he said.