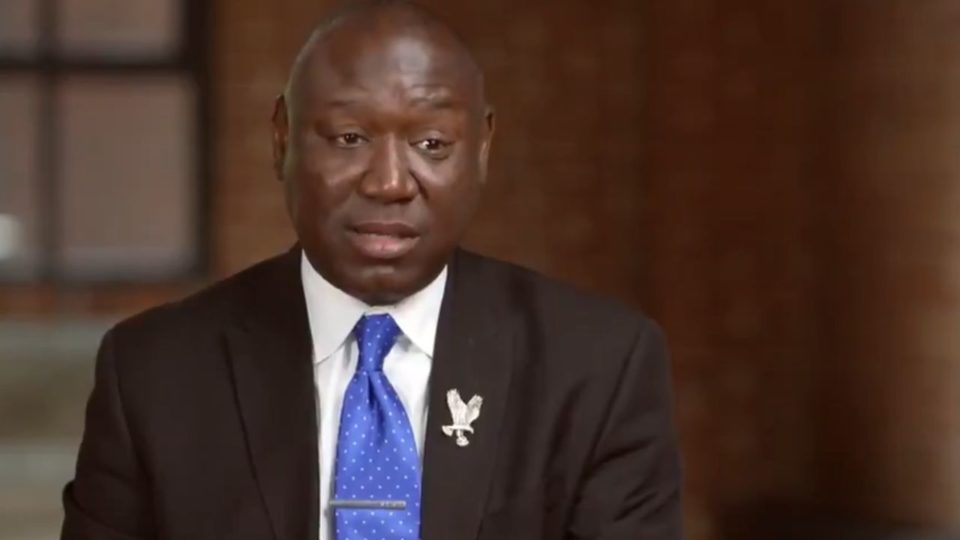 Prominent civil rights attorney Benjamin Crump plans to speak with Van Jones about donating a portion of the $100 million dollars gifted to him from Jeff Bezos to an initiative he started called The Ben Crump Social Justice Law Center.

On Wednesday, after his historic space flight, Bezos, a billionaire, decided to gift a couple of his friends $100 million–no strings attached. Those friends: CNN political commentator Jones chef José Andrés.

“They can give it all to their own charity,” Bezos said at a press conference after his trip to space. “Or they can share the wealth. It is up to them.”

Crump also announced that he and co-counsels Sam Aguiar and Lonita Baker will represent the family of Ta’Neasha Chappell, a 23-year-old Black mother who died while she was in the custody of the Jackson County Sheriff’s Department last week.

NEWS ALERT: @AttorneyCrump & co-counsel Sam Aguiar & Lonita Baker to represent family of Ta’Neasha Chappell, a 23yo mother who died in custody of Jackson County Sheriff’s Department. Ta’Neasha’s medical needs were ignored and her face was swollen and beaten. pic.twitter.com/Ua8VepE0RW

Jones is a co-founder of Dream Corps. According to its website, Dream Corps is a bipartisan organization that works toward police reform. Dream Corps also has a tech arm and green divisions.

“Lauren [Bezos’ partner] and Jeff don’t do nothing small, man, they don’t do anything small, they just don’t do it. They dream big, they love big, and they bet big. And you bet on me, and I appreciate it,” Jones said of the money.

Speaking to CNN colleague Anderson Cooper, Jones said that Bezos had called him and told him of his plan ahead of time. He said that Bezos wanted to support his efforts to bring people together in spite of political affiliation and race.

There is no word yet on how Jones plans to use the money, but he did say the money is for him to give to others with a similar spirit.