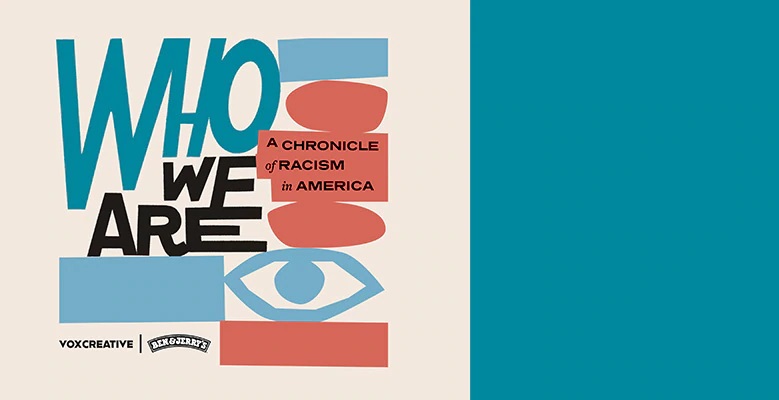 Ben & Jerry’s has announced that they are entering the podcast business!

The podcast, which will be launched on September 15, 2020, is in partnership with Vox Media and The Who We Are Project. “Who We Are: A Chronicle of Racism in AmericaOpens a new window” will be taking a deep look at our country’s history of racial injustice and systemic racism that has been the focus of the nation recently through protests. The podcast will also show how legally-enforced discrimination and state-sanctioned brutality has been a staple long after slavery ended. Which has profoundly affected Black Americans’ ability to gain access to jobs, housing, education, and health care, or to create and accumulate wealth.

“Economic and social justice has been a part of Ben & Jerry’s mission since our founding 42 years ago,” said Jabari Paul, Ben & Jerry’s US Activism Manager. “We now sit at a critical inflection point in our nation’s history. If we are to seize the opening that this moment presents, we must be willing to acknowledge the sins of our past so that we move together toward a future of justice and equity.”

New York Times bestselling author Carvell Wallace will be hosting the “Who We Are” podcast. Wallace is a regular contributor to the New York Times Magazine, memoirist, and award-winning podcaster. He also covers race, art, and culture for a variety of news outlets. His podcast “Finding Fred,” about the magic and ministry of Mr. Rogers, was recently nominated for a Peabody.

The 6-episode podcast will be based on the acclaimed presentation of the same name by Jeffery Robinson, ACLU deputy legal director, and director of the ACLU Trone Center for Justice and Equality. Robinson spent nine years researching his multi-media “Who We Are” presentation, which will soon be released as a documentary.

Each episode, 30 minutes in length, will focus on a different period in American history and its link to modern-day systemic racism. Listen to the trailer here.