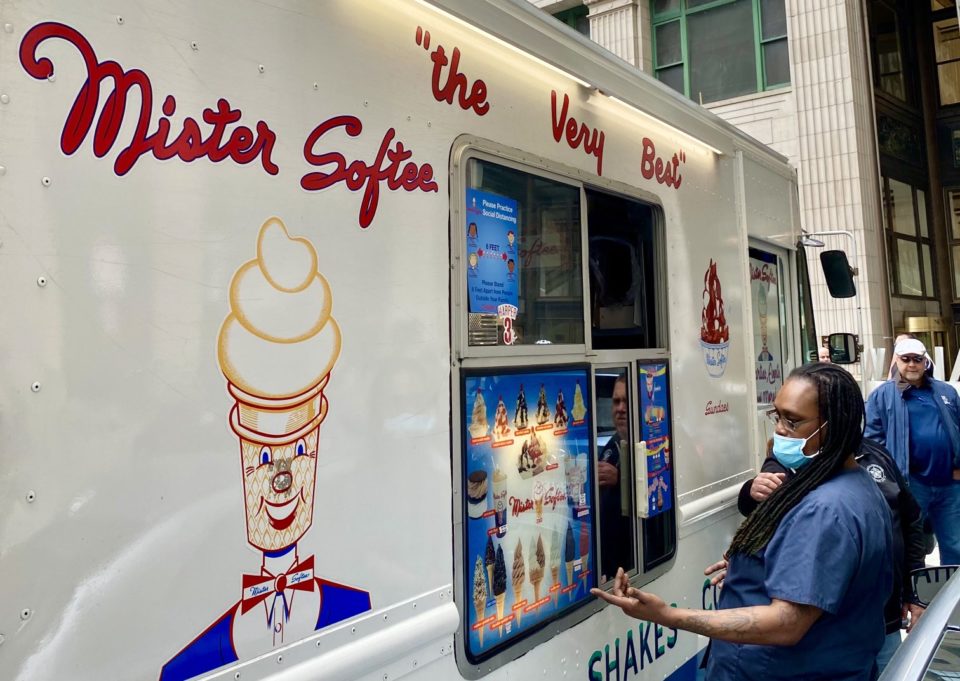 Last Friday, The Fraternal Order of Police (FOP) parked a Mister Softee truck outside the office of District Attorney Larry Krasner to show he is “soft” on crime. The union passed out free soft-serve ice cream cones and asked people to support Krasner’s opponent and longtime prosecutor Carlos Vega.

The move offended Ben Cohen, a Krasner supporter and one half of the most iconic tag team in frozen desserts, Ben& Jerry’s. Cohen quickly clapped back, blasting the FOP as out of control and calling Mister Softee fake ice cream.

RELATED CONTENT: Ben & Jerry’s is Sick and Tired of White Supremacy, Want To Defund The Police

“To be clear, Mister Softee isn’t even ice cream,” Cohen’s post stated. “It is pumped up with a lot of hot air which is somehow frozen in a limp sort of way. It is chock full of artificial ingredients. In short, it’s fake ice cream. Just like the lies the FOP has been telling about a courageous fighter for true justice and one of the best DAs in the US. There are many reasons to reelect Krasner, who has rolled back mass incarceration while working to implement solutions that build up communities.”

.@YoBenCohen of @benandjerrys with a frosty comeback for @FOPLodge5's hit on @DA_LarryKrasner: "To be clear, Mr. Softee isn’t even ice cream. It is pumped up with a lot of hot air which is somehow frozen in a limp sort of way." https://t.co/iydFxBzXds pic.twitter.com/bNFH6Vu9wp

John McNesby, the president of Lodge 5 of the FOP,  told the Philadelphia Inquirer Cohen “is begging for relevancy in this market and Mister Softee and Carlos Vega are the go-to-choices for Philadelphians.”

McNesby added he plans to have a truck sit outside of Krasner’s office until the May 18 primary. Mister Softee seems more of a pawn in the situation as it only had profit in mind and does not get involved in politics.

Ben and Jerry’s ice cream has been active in politics for decades, advocating for campaign finance reform and supporting the Black Lives Matter movement. The company also sent a letter to former President Donald Trump essentially asking him to treat all people equally.