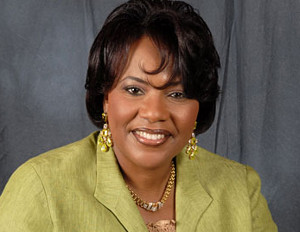 Despite her mother Coretta Scott King’s support for LGBT equality, King is an ordained minister who led a protest against gay marriage, because of her personal beliefs.

She argues she is not homophobic and that she is “not the enemy,â€ because she has friends who are gay and lesbian. “She may not be the “enemy,â€ but her logic is deeply flawed,â€ according to Kimberley McLeod, founder and editor-in-chief of Elixher, the online destination for black queer women.

King’s remarks are similar to comments by whites who argue they aren’t racist because they have black friends, McLeod states in the Grio.

Events commemorating the 50th Anniversary of the March on Washington will take place between August 21 and August 28 in DC. Coalitions of LGBT leaders and civil rights activists will participate in the “Realize The Dream Marchâ€ and rally on Saturday, August 24, which was organized by Martin Luther King III, King’s oldest son, and the Rev. Al Sharpton, president of the National Action Network.