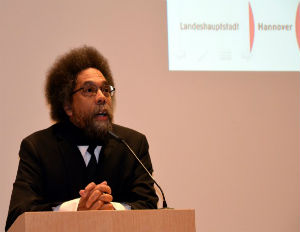 “We believe that we will have the representation on the platform drafting committee to create a Democratic platform that reflects the views of millions of our supporters who want the party to address the needs of working families in this country and not just Wall Street, the drug companies, the fossil fuel industry and other powerful special interests,â€ Bernie Sanders said in a statement on Monday.

As it’s name implies, the Platform Drafting Committee is responsible for establishing the Democratic party’s policy for the next four years. Sanders’ has recently been embroiled in a tense back and forth with the DNC to secure more representation on this critically important committee.

Sanders’ committee picks indicate his intention to ensure a place for progressive values, such as minimum wage reform, and a revised approach to Israeli-Palestinian conflict in the Democratic party’s platform.

Rep. Keith Ellison is the first Muslim elected to Congress, and has authored legislation to raise the minimum wage to $15.

While Sanders’ selection of West has faced some criticism, Arab American Institute founder, James Zogby, is actually considered to be the most controversial pick. The Palestinian rights advocate has openly criticized Israeli President, Benjamin Netanyahu, and has compared the plight of Palestinians to the Holocaust.

Sanders was awarded 5 of the 15 spots on the Committee. Hillary Clinton was awarded 6, and DNC chair Debbie Wassermann will pick the remaining 4 committee members.