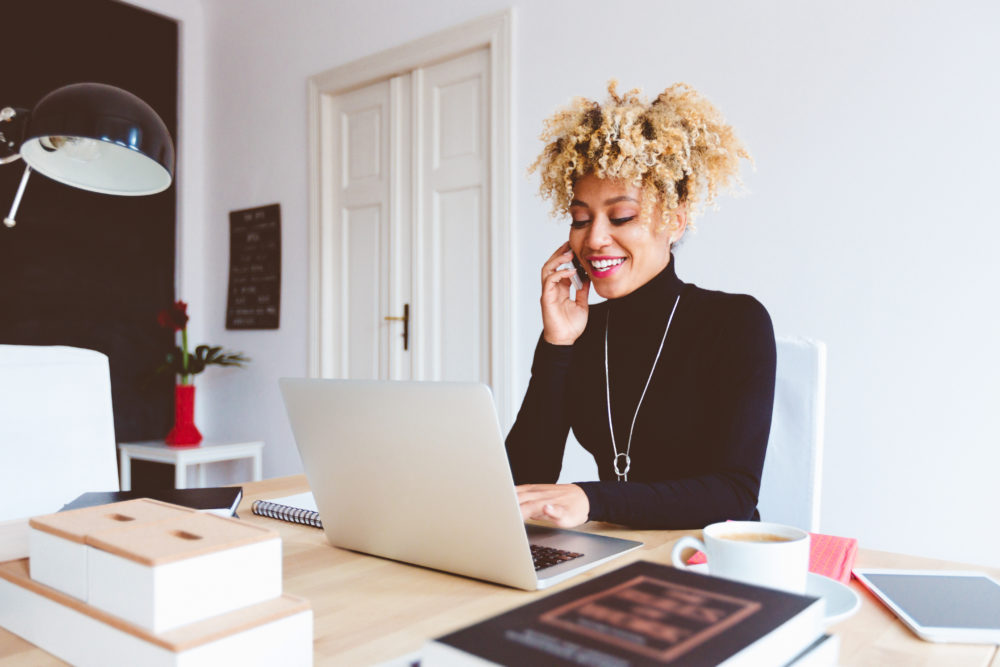 One Sunday in the winter of 2017, Sheila Bridges’ sprawling Harlem apartment went up in smoke. Not flames, luckily, but a fire that started in a basement storage room shot thick black vapor straight up to the top of her pre-war building as if through an efficient flue.

The fire was extinguished in less than 30 minutes but within half that time, Bridges’ 8th floor home of more than 20 years was filled with a dark haze that ultimately blanketed every surface from her walls and window treatments to her dishes, computers, and clothes.

It would’ve been a crisis for anyone, but for Bridges, a renowned interior designer who not only works from home but uses the finely appointed space as a showplace for her work, this was an all-encompassing nightmare—and an expensive one.

“My home is my calling card for potential clients and I’ve lived there for most of my adult life,” says Bridges, whose clients have included former President Bill Clinton, entrepreneur Sean Combs, music mogul Andre Harrell, and bestselling author Tom Clancy. “Renting sometimes feels transient—when I don’t own it, why would I paint it or fix it or invest in it? But I invested tremendously. I’ve painted, papered, and renovated. And, like anyone, it’s my home, so all of my belongings are there, all those irreplaceable personal things that mean the most.”

The logistics of restoring her home to normal were daunting, but what eased Bridges’ stress and prevented the fire from being a financial disaster was the fact that she had renters insurance.

After her $500 deductible, a policy that cost her less than $700 a year fully covered more than $200,000 in expenses, enabling her to fully restore her home and most of its contents, which meant both a great deal to her personally and to the vitality of her business.

“Even without any actual burning, fire is just so damaging,” she says. “My apartment had this fine black dust over everything and it just got worse as it came through the heating system and settled into every cavity, crack and crevice in my and my neighbors’ homes.

The Philadelphia native says she has her late father to thank for her ability to salvage so much despite the catastrophe. “This is one of those things my dad was big on. From the moment I moved to New York, my father said you have to get renters insurance. It’s probably hands-down the best financial decision I ever made.”

At a time when more people are renting than in the last 50 years—about 37% according to the Pew Research Center—renters insurance could be one of the best and most overlooked investments around.

“People will get car and homeowners insurance because they’re made to by lending agencies,” explains Jain Williams, a State Farm insurance agent in Oakland, California. “Even here in California, where fires are an issue, a lot of people don’t know about renters insurance and don’t take it even when it’s offered.”

This is especially true of millennials, who have a uniquely complicated relationship with the idea of homeownership. Despite rising rental costs nationwide, the number of millennials who say they plan to always rent is also on the rise. According to a 2019 survey by Apartment List, 12.3% of millennials don’t expect to ever own a home, up from 10.7% in 2018.

Their reasons largely hinge on an inability to save a down payment while also paying off education debt. According to Apartment List, the primary obstacle cited by black millennials is bad credit.

Yet, despite its affordability, Williams says renters insurance is still vastly underutilized. Created to protect renters primarily in case of theft or fire, she notes, “Everyone always says, ‘it’s not going to happen to me.’”

That was the case with Bridges’ neighbors, the majority of whom didn’t have insurance. Some had to get rid of most of what they owned and start over. Others attempted to clean up themselves, something Bridges said was virtually impossible to do thoroughly, not to mention dangerous due to the exposure to carcinogens.

Bridges, whose unique African American toile wallpaper lines the dining room of CBS This Morning anchor Gayle King, quickly called in the pros. In addition to the artwork restoration and cleaning every surface, nook, and crevice, including the paint and wallpaper on every wall, she had to have her computer equipment specially cleaned. Her dry cleaning bill—for not just clothes but draperies, fine bedding, and pillows—was $37,000.

In addition, she says, her policy covered her short-term stay in a hotel until the apartment was safe for her to inhabit, as well as boarding for her dog.

State Farms’ Williams notes that the typical policy even pays for food if renters are forced to move into temporary housing that lacks a kitchen.

While some newer rental complexes are requiring renters insurance because owners are afraid of the liability, Williams says most still don’t, and most renters don’t appreciate the value of the relatively small investment.

“Financially, it just makes sense,” Williams says. “Especially if you bundle it with auto insurance, sometimes the discount pays for the renters insurance.”

No one is more of a believer than Bridges, who notes that most of her neighbors have now joined the club. Even with insurance, she describes the experience as devastating, “but I was covered,” she says. “I can’t even imagine the level of devastation if I hadn’t been.”