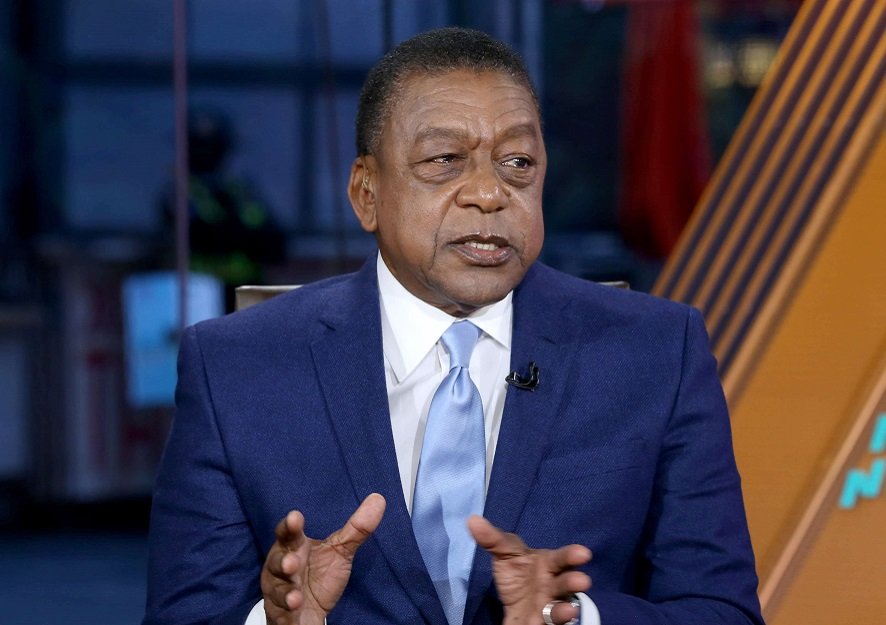 “Now is the time to go big,” Johnson said Monday on Squawk Box. “Wealth transfer is what’s needed. Think about this. Since 200-plus years or so of slavery, labor taken with no compensation is a wealth transfer. Denial of access to education, which is a primary driver of accumulation of income and wealth, is a wealth transfer.”

Johnson added reparations would signal to white Americans that “damages are owed to descendants of enslaved people.”

This isn’t the first time Johnson has pushed reparations for Black Americans. According to Yahoo News, Johnson met with Black conservatives in 2012 and presented a five-point reparations initiative that would encourage investment in Black businesses, alleviate tax burdens for low- and medium-income Black families and stop abusive payday loan practices.

Merck Chairman Ken Frazier, who retired Wednesday, appeared on the same Squawk Box episode and expressed doubts on whether reparations will happen at any point.

“I don’t believe we’ll be able to get anything like that through our political system,” Frazier said.

Frazier believes business leaders should step in and create programs and initiatives to close the racial wealth gap and solve other economic problems.

“That’s what’s happening to the reparations—it’s been cut up into small pieces of things that look and feel like, ‘We want to end systemic racism, we want to end police brutality and shootings and to provide financing to Black small business owners,’” Johnson told VICE News.

“And then people can say, ‘Well, we really don’t need reparations because when you put all of these things together, it’s reparations. It’s just not one big bill or asking this country to stand up and apologize, and you’re not asking people to pay out of their paychecks.”

Two of the programs Johnson named, the debt relief for Black farmers and the Illinois housing program, are already in trouble. U.S. District Judge Marcia Morales Howard halted the loan forgiveness payments after a white farmer filed a suit complaining of discrimination.

Black residents in Evanston have demanded the housing program be paused and re-evaluated. Among the issues, the program was not developed or initiated with community input. Additionally, residents advocated for cash payments, but the city instead promised housing assistance through the Restorative Housing Program.