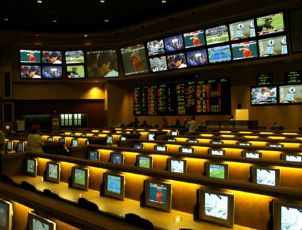 Analysts say the wrong call made at the end of Monday night’s game between the Seattle Seahawks and Green Bay Packers shifted as much as $250 million in bets — with one expert’s estimate putting the grab as result of the touchdown call at a half-billion.

The Seahawks beat the Packers 14-12 on a last-second heave from rookie quarterback Russell Wilson. Two referees in the end zone had what could politely be called a difference of opinion. Packers safety M.D. Jennings appeared to intercept the pass, which would have ended the game. Instead, a touchdown was awarded to Seahawks wide receiver Golden Tate.

As a result of the call, the Packers, a three-and-a-half point favorite, failed to cover the point-spread.

While the NFL is loathe to adjust its practices to assuage the betting industry — or even acknowledge it for that matter– the truth is that betting on games is a huge part of why the NFL has the rabid following it does. As the quality of the product heads downward with the replacement officials, it begs the question: “How far is too far when this much money is at stake?”

Some Sportsbooks refunded bets and several websites offered free plays, an act the betting industry resorts to under only the most bizarre of circumstances. Many wonder if the N.F.L. has reached its tipping point, if blind loyalty and sky-high revenues keep the N.F.L. from recognizing it’s made a mistake.

Replacement referees — and especially this crew, led by referee Wayne Elliot — are drawing ire for indecision, slow pace and overall lack of competency over the course of the last four weeks. On Tuesday, the N.F.L. acknowledged in a statement that there was a mistake on the field.

“While the ball is in the air, Tate can be seen shoving Green Bay cornerback Sam Shields to the ground. This should have been a penalty for offensive pass interference, which would have ended the game. It was not called and is not reviewable in instant replay. When the players hit the ground in the end zone, the officials determined that both Tate and Jennings had possession of the ball. Under the rule for simultaneous catch, the ball belongs to Tate, the offensive player. The result of the play was a touchdown.â€

Third-party revenue streams keep the league at the top of capitalist sports’ totem pole. But if Monday night is any indication, failure to negotiate in good faith with the locked out officials could mean that position could be in jeopardy.