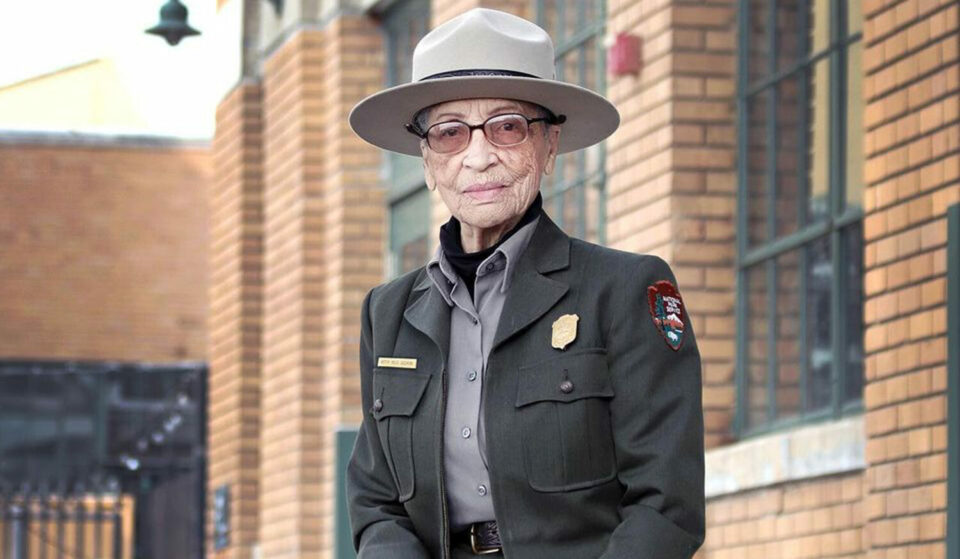 According to a press release, Reid Soskin, who celebrated her golden 100th birthday last September, retired on Thursday, March 31, from The National Park Service.

“To be a part of helping to mark the place where that dramatic trajectory of my own life, combined with others of my generation, will influence the future by the footprints we’ve left behind has been incredible,” Reid Soskin said.

Before stepping into her park ranger role, the Detroit native served as an NPS consultant and was an integral participant in the formation of The National Historical Park. In Richmond, California, Reid Soskin’s career as a park ranger began in 2004 at 84, BLACK ENTERPRISE previously reported.

She led public programs and tours to highlight the untold voices of Black history, which were often overshadowed by the telling of a white woman’s story. According to PEOPLE, Reid Soskin also often shared her unique backstory during World War II, which included working at a segregated union hall as a file clerk and later becoming a political and community activist and songwriter during the civil rights movement.

The Detroit native’s retirement signifies her dedication to not only The National Park Service but to educating the masses on her personal experiences and the efforts of women from diverse backgrounds who worked on the World War II Home Front.

“The National Park Service is grateful to Ranger Betty for sharing her thoughts and first-person accounts in ways that span across generations,” said Naomi Torres, acting superintendent of Rosie the Riveter/WWII Home Front National Historical Park. “She has used stories of her life on the Home Front, drawing meaning from those experiences in ways that make that history truly impactful for those of us living today.”

On her last day, Reid Soskin provided an “interpretive program to the public” and spent time visiting with coworkers at the park, where she has made many memories, as per the release.

“Betty has made a profound impact on the National Park Service and the way we carry out our mission,” said NPS Director Chuck Sams. “I am grateful for her lifelong dedication to sharing her story and wish her all the best in retirement. Her efforts remind us that we must seek out and give space for all perspectives so that we can tell a more full and inclusive history of our nation. Congratulations, Betty!”