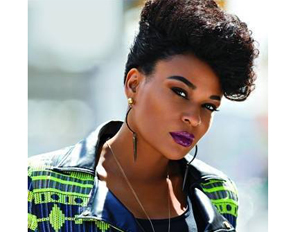 Over the weekend, BET aired the fifth Black Girls Rock! award ceremony to honor and celebrate the accomplishments and good works of black girls, young and wise. During the live show, viewers flooded social media with the hashtag #BlackGirlsRock to share their thoughts and “mention” attendees like Tracee Ellis Ross, First Lady Michelle Obama and the Black Girls Rock! founder Beverly Bond.

While some women felt a sense of pride and progression, others were offended and argued that a show focused solely on black girls who rock depicted reverse racism. This fired off a new hashtag—#WhiteGirlsRock. Â @RoseVictorian tweeted, “Michelle Obama is the most inappropriate first lady in our nation’s history. Disgusting racist. #whitegirlsrock,” while @chelseaellecarr expressed, “Just seen an event #BlackGirlsRock are you kidding me? Imagine if there was a #whitegirlsrock this is disgraceful.”

Black Girls Rock!, the TV show that evolved from the community organization, has sparked debate in previous years, but the creator Beverly Bond didn’t involve herself in the controversy. This year, however, Bond decided to address the new hashtag in an article for The Root.

“When I heard about the ‘#whitegirlsrock’ hashtag that trended on Twitter, my immediate reaction was, ‘Well, duh! Of course white girls rock. Are they unaware?'” Bond writes. “White women’s beauty, talent, diversity and worldly contributions are affirmed everywhere: on billboards, on television, in magazines and in textbooks.”

She points out that black women, however, are not so frequently reminded of their contributions. “The participants in the #whitegirlsrock hashtag, who heralded accusations of reverse racism, fail to acknowledge the history of racism in media including the perpetual absence of diverse stories and representations of black women.”

Other valid points from Bond’s response are:

“As a humanist, I believe that we all rock. My issue is that the commentary that followed the ‘#whitegirlsrock’ hashtag was not even about affirming dynamic white women. Instead, it was about critiquing or even punishing black women for having the nerve, the audacity and the unmitigated gall to love and affirm ourselves.”

“I also think the anxiety that people have aboutÂ Black Girls Rock!-ing reveals the blind spots associated with white privilege, including the inability to acknowledge that the privilege actually exists, a lack of accountability for prejudices and an overwhelming deficit in cultural competency.”

“From the suffragist movement to the civil rights movement, social change organizations and programs have been born out of sheer necessity. Because of the severe need that I observed, I created a platform where black women across the world can be seen in our beautiful and rich complexity. It is a space where black girls can rock in remembrance of our sheroes like Harriet Tubman, Ida B. Wells, Bessie Coleman, Lena Horne, Shirley Chisholm, Rosa Parks and Nina Simone.”

“And like the dynamic legends of our past, I know black girls will continue to rock because, as Iyanla Vanzant said in her 2010 Black Girls Rock! Awards acceptance speech, ‘We have no other choice.'”

“All are welcome to take part in this celebration of our history and our contributions to mankind, but know that our empowerment does not limit your own power, purpose, potential or worth. There is enough room for all of us to rock together.”

What’s your take on Black Girls Rock!? Share with us below, or on Twitter, @BlackEnterprise, using the hashtag #SoundOff.