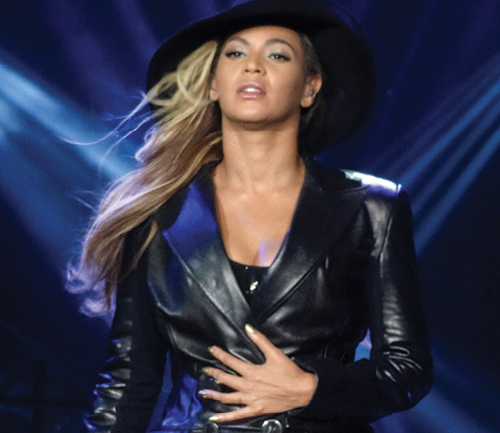 For two decades, her anthems have formed the soundtracks for virtually every modern women’s move-ment. She has recently become a case study in the value of controlling one’s global brand and owning one’s intellectual property. Successfully using social media and innovative techniques to market her albums, she has repeatedly disrupted music’s business as usual. The 2013 surprise release of her namesake visual album resulted in record sales in the iTunes store, and she just keeps reinventing that wheel. From her 2010 creation of Parkwood Entertainment to last year’s announcement of a $60 million Netflix deal, Knowles-Carter has proven that she is way more than a multifaceted performer. She’s a significant employer with incredibly diverse talent, and she’s become a business beast. Her partnership between her athletic apparel line, Ivy Park, and Adidas has made headlines, as did a recently announced global agreement with Sony/ATV Music Pub-lishing, covering her entire song catalog.