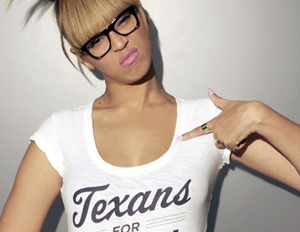 On Nov. 6, the world rejoiced as the reigning ‘Queen of Music,’ Beyonce Knowles-Carter, decided to join Instagram in efforts to support the re-election of President Obama. Since that historical day, Queen Bey has shocked the world even further by Instagramming eight more photos. This is a big step for the Grammy award-winning singer. After years of keeping her private life, well, private, Beyonce has also launched a Tumblr blog and has accumulated more than 6 million followers on Twitter, even though she’s only tweeted four times.

While we are used to other celebs such as Rihanna, 50 Cent and Chris Brown wilding out on social media, Beyonce may be on to something by limiting her online presence. Here are three reasons laying off on social media while on the job or job hunting can be a not-so-bad idea.

Sending out the wrong message

It only takes one crazy party picture or a couple of ill-advised posts to compromise your reputation and misrepresent your personal image if discovered by colleagues or prospective employers. If social media is to you, what head-spinning hair flips are to Sasha Fierce (no shade), be sure to keep tabs on your social media sites.

Social media profiles are essentially replacing traditional resumes. Make sure they reflect the image you want to project. Making spelling mistakes or grammatical errors can come back to haunt you. If a potential employer is checking for you, you will probably be Googled. Eliminate any inconsistencies and constantly monitor for activity.

Less chance of being unproductive

If you’re a Facebook fanatic or addicted to Twitter, there’s a good chance that you’re wasting your time at work consistently checking or updating these sites. For employers, that means lost productivity. In order to steer clear of a mean side-eye from your boss, fight the urge to log on to your favorite site.

Although the R&B/pop diva chose not to dive head first into the social media game, she and her team strategically decided how to successfully launch each platform in order for her to stay winning. If you’re able to avoid the dark side of social media, make sure your sites reflect your personal brand in a positive light.

Do you agree with Beyonce’s slow but steady efforts into social media? #SoundOff and follow me on Twitter @JayNHarrison.