"Beyond the Lights" Director Talks Career and Purpose 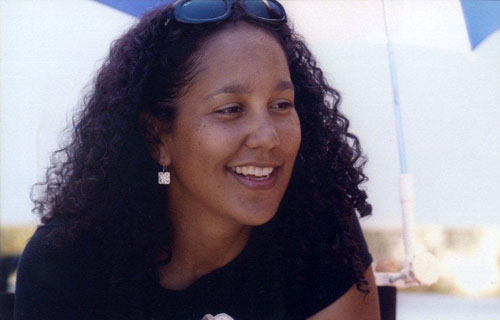 Gina Prince-Bythewood, the talented writer and director behind LoveÂ & Basketball and Beyond the Lights, shared with HuffingtonPost.com why she makes the kinds of movies she does. In the article, written by herself, she recalls a 17-year-old Black boy’s reaction to Love & Basketball after a preview screening of the film : “The movie taught me how to love,” he confessed. Confirming the impact of her gift once more, and 14 years later, another 17-year-old Black boy expressed similar sentiments after a screening of her latest film, Beyond the Lights. He said, “I didn’t really believe in hope and love before but this movie changed me.” For Prince-Bythewood, those two experiences sum up the essence of why she makes movies.

“Movies have power,” she writes. “Power to impact society and the choices we make. I want to entertain, but I also want to say something to the world.” While Beyond the Lights received rave reviews, the creator opens up on intense challenges during the production process. Studios rejected the movie, just as they did her now classic, Love & Basketball. After four years of writing and two years of hearing no, though, her crowd-pleasing film successfully hit theaters.

She also touches on discrimination in the candid read. With fairly recent racial attacks against behind-the-screen sensation Shonda Rhimes, it was quite surprising to read that Gina doesn’t feel the same discrimination. “People ask me all the time if I feel discriminated against as a black female director and I actually don’t. I get offered a ton of stuff,” she humbly clarifies. “But I like to direct what I’ve written. I feel what’s discriminated against are my choices, which is to focus on people of color as real people.” She reveals her desire for people of color to see their on-screen reflection in a beautiful light, and to learn how to love the right way.

Like most passions, it’s evident that Gina’s fits within a larger context and aims to complete “the big picture.” Her awareness that “There is a perception within our community and the world that black people don’t love each other. That we don’t fight for each other” fuels her will to fight through the no’s and produce compelling art that says otherwise.

Check out what Beyond the Lights star Nate Parker had to say about stepping up in Hollywood!