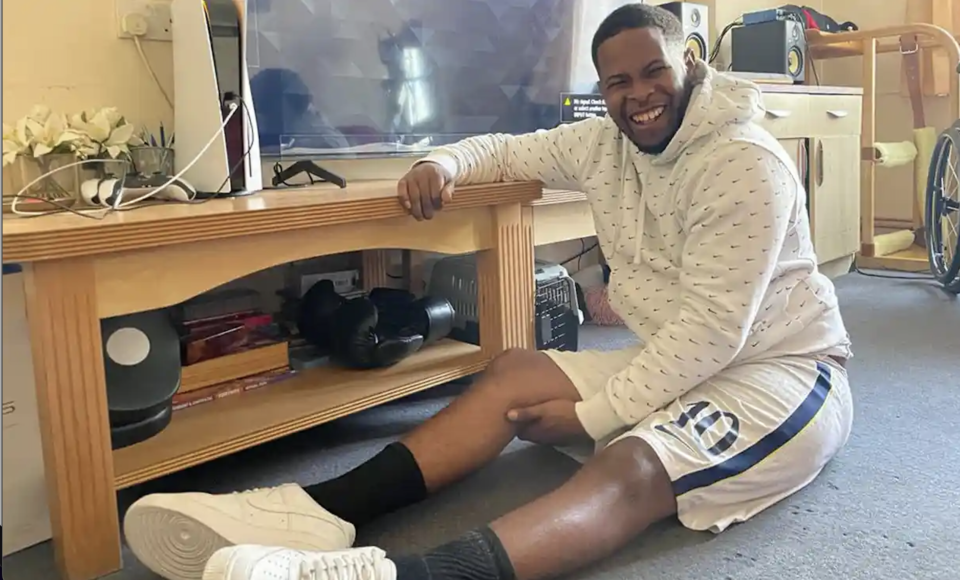 Jordan Walker-Brown, 25, is now paralyzed after being shot with a Taser. (Image: PA)

Thirty-five-year-old U.K. police officer Imran Mahmood was charged with grievous bodily harm by the Crown Prosecution Service on March 31, after paralyzing a Black man from the chest down. The officer petitioned for anonymity from the Westminster Magistrates’ Court and was denied after claiming he feared for his life because the now-wheelchair-bound man he injured had criminal ties, reports the Guardian.

Jordan Walker-Brown, 25, believes authorities initially targeted him because of his skin color, which led to a police pursuit in Haringey, north London, in May 2020. Mahmood proceeded to shoot Walker-Brown with a Taser as he attempted to scale a wall, resulting in a fall where he sustained a life-altering injury.

The Metropolitan cop alleged the suspect was gang-affiliated, urging the magistrates court to omit his name from being released to any media organizations.

After denying his petition, Chief Magistrate Paul Goldspring described Mahmood’s fear as “speculative” and is “a quantum leap from the fact that it can happen, to cogent evidence that such an imminent threat exists in this case, otherwise every case with a link to gangs would merit an anonymity order.”

He continued, “The police habitually manage such risks in the community by a variety of measures, which may well be appropriate in the present case, but anonymity is not justified.”

Mahmood of Plaistow, east London, submitted a plea of not guilty while appearing in court last Thursday.

He was released on bail and the next court date is set to May 26 at Southwark Crown Court.

Per the outlet, Black people in England and Wales are five times more likely to face police force than their white counterparts. While the British police force largely don’t use firearms, nearly 7,000 carry Taser guns, with figures expected to rise to 10,000 this year.

According to police, any additional misconduct will be examined pending the results of the court proceedings.