Big Banks Lending To Small Businesses At An All-Time High 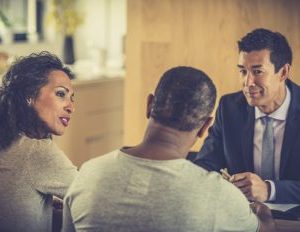 Big banks are granting more loans to small businesses these days. In fact, the loan approval rates at big banks and institutional lenders improved to all-time highs in September 2016, up 23.4%, reports the most recent Biz2Credit Small Business Lending Index. However, the approval rates at small banks, alternative lenders, and credit unions all dropped in the last month to 48.7%.

Biz2Credit analyzed loan requests ranging from $25,000 to $3 million from companies in business more than two years with an average credit score above 680. The results are based on data submitted by more than 1,000 small business owners who applied for funding on Biz2Credit’s online lending platform, which connects business borrowers and lenders.

According to Rohit Arora, CEO and co-founder of Biz2Credit, “the Federal Reserve failed to increase the interest rates that banks and other lending institutions were hoping for.â€Â  To that end, “many banks are lagging behind in their loan goals for 2016. They must close more deals to meet those numbers.â€

He added in a released statement, “Not enough small banks are digitizing their loan approval process and that is holding them behind. An interest rate increase would seemingly benefit small banks because right now conventional loan rates are actually lower than SBA-backed loans and that is resulting in aÂ lower volume of loan requests for this category of lenders.â€

Still, alternative lenders have proven to be viable resources for minority- and women-owned businesses seeking seed funds or working capital. This includes Accion, a nonprofit microlender that specializes in small business loans. Although Accion’s loan amounts and minimum requirements vary by state, typically amounts range from $10,000 to $100,000 and you need aÂ minimum credit score of 575, sufficient cash flow, and proof of income. OnDeck offers fixed-rate loans of between $5,000 and $250,000; to qualify,Â you need a minimum credit score of 500, annual revenue of at least $100,000, and business operations of at least one year. Kabbage offers small businesses lines of credit of between $2,000 and $100,000. Each time you draw against your line of credit, you have six or 12 months to pay that money off. But instead of paying interest, you pay fees between 1% and 12% each month.