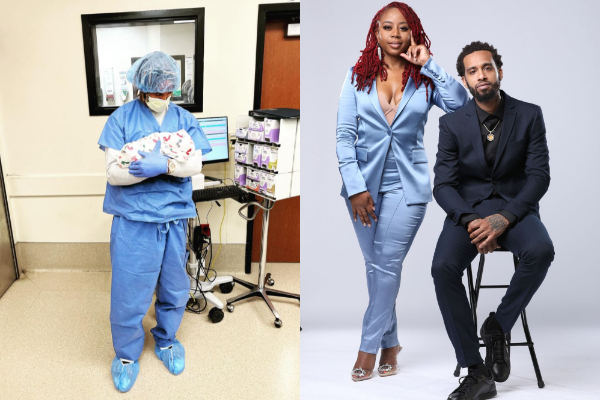 If you know anything about Big Dave’s Cheesesteaks founder Derrick Hayes it’s that he dedicates his continued success in business and philanthropy to his late father Dave.

So the Forbes 1000 entrepreneur was beyond overjoyed to welcome his newborn son on Wednesday, the anniversary of his late father’s death.

“I just want to show you that these last two years, you changed my life,” the West Philadelphia native told Cole. “You did a lot. You’ve been having my back a long time, more than anybody in this world. So, I want to make this real.”

The proposal came a few days after Hayes surprised Cole once again with a lavish baby shower one week ahead of their baby boy’s arrival, People reports. The intimate soiree was attended by family and close friends.

“Hiding it from Pinky was definitely hard because we are together every day and we know each other’s moves so well,” Hayes said of planning the surprise party. “I had to do a little maneuvering to get around her.”

Cole said she was “totally overwhelmed with love and excitement to see all of the very special people in my life come together to celebrate the birth of our baby boy.”

The couple is already parents to daughter D Ella, whom they welcomed in February.