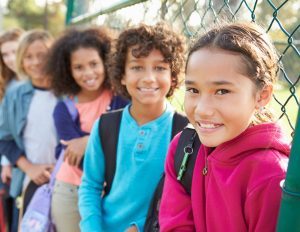 Since Trump has been elected president, incidents of harassment and hate speech are up in K-12 schools across the country.

But long before this year’s tumultuous election, there were plenty of signs that K-12 students’ social and emotional status wasn’t the best–signs like student apathy, bullying, and low achievement.

Jay Levin, the executive director of the Big EQ Campaign, said in an e-mail, “Low academic performance rates in American schools and high rates of student disengagement, depression, bullying, and violence can in significant part be attributed to a lack of critical emotional and relationship mastery skills on the part of most students, according to research from scholars at Columbia, Rutgers, Yale, Stanford, and other universities.â€

To promote social and emotional learning, known as SEL in education circles, Levin and his team launched the Big EQ Campaign last month. Levin’s goal is “to drive a mass adoption in schools of student training that teaches valuable emotional mastery, conflict resolution, collaboration, and empathy skills,â€ he says.

Currently, only about 10% of schools use evidence-provenÂ training, Levin says, despite SEL’s impressive benefits that can even affect lifetime achievement.

Here are some of the remarkable benefits of teaching SEL. Children and teens can go from– (adapted from the Big EQ Campaign)

OK, so maybe this sounds a little too good to be true! But if SEL training can provide even half of that, don’t you want it in your child’s school?

To learn more, go to the Big EQ Campaign website.