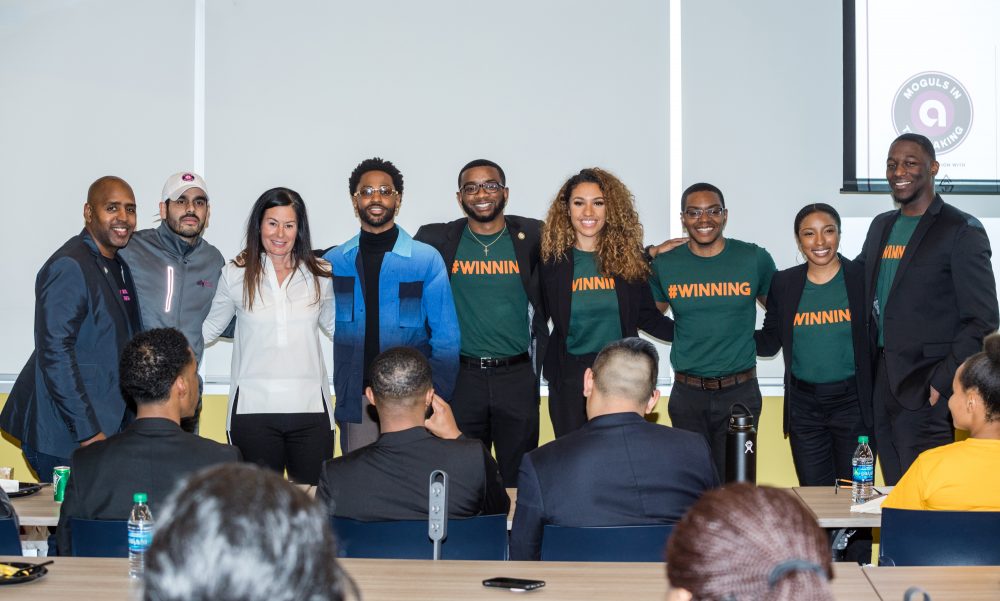 Detroit native Sean “Big Sean” Anderson announced a team of five students from Florida A&M University as the winners of Moguls in the Making, an entrepreneurship competition created by Motor City-based Ally Financial in collaboration with his Sean Anderson Foundation, and The Thurgood Marshall College Fund (TMCF).

What did the team propose? A concept to address the topic of finance and banking in the city of Detroit. The Florida A&M University students were awarded Ally internships, a $5,000 scholarship each, and MacBook Air computers.

Florida A&M University students, Livi Grant, Keishon Smith, Nalani Kelley-Marsh, Emmanuel Dawson, and Earl Perry, stood out from the crowd. Each was given the opportunity to travel to Detroit to participate in the weekend-long competition. Once there, they worked in groups of five to develop business solutions to various issues facing Detroit including employment, education, and real estate.

The competition culminated with the 10 teams pitching their business ideas to a panel of judges including Anderson, Andrea Brimmer, chief marketing and public relations officer at Ally, Anand Talwar, deposit and consumer strategy executive at Ally, Tommey Walker, principal of Detroit vs. Everybody, and George Spencer, executive vice president of business development, innovation and entrepreneurship at the TMCF.

“I’m passionate about inspiring and helping young people,” said Anderson. “This is all about finding and creating an opportunity for our next generation of entrepreneurs.”

Moguls in the Making is all about investing in inspiring business leaders of the future and really giving them a path forward in the world of business today,” said Brimmer.

In addition to conceiving their ideas, the students were given the opportunity to participate in mentoring sessions, hear from local business leaders, and attend financial education classes.