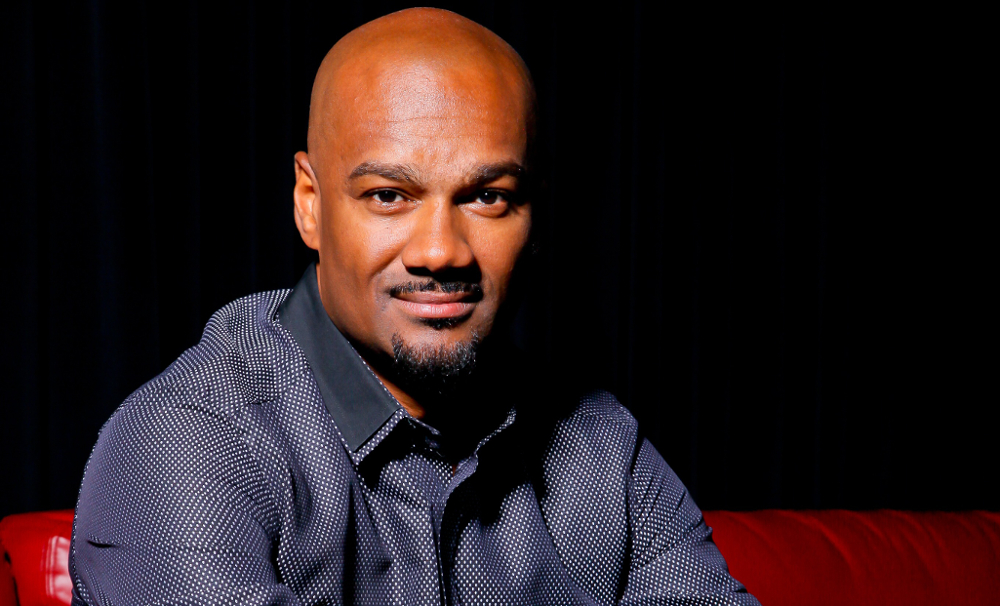 REVOLT is kicking off a new series this Friday that promises to give hip-hop fans an exciting blast from the past with a modern-day twist.

On Wednesday, the independent content platform owned by Sean “Diddy” Combs announced the launch of Off Top, a rap video countdown series hosted by veteran hip-hop television and radio personality Darian “Big Tigger” Morgan. While Off Top is a brand new show concept, Morgan says it will be nostalgic of Rap City: Tha Basement, the longest-running, nationally televised hip-hop show, which he hosted from 1999–2005 on BET.

“‘Tha Basement’ went away 15 years ago. In those 15 years, not a single day has gone by without somebody saying, ‘yo, son, you need to bring Rap City back,’” Morgan told BLACK ENTERPRISE. “And while [Off Top] is not that, it is definitely the same energy to a certain degree.”

“I’m looking forward to bringing another important production to the fabric of hip-hop culture,” said Morgan, who also hosted the popular video series 106 & Park on BET, in a news release. “I’m excited to shine a light on what the latest wave is bringing to REVOLT.” In addition to hosting Off Top, Morgan is an Emmy Award-winning radio host on Atlanta’s V103 morning show and the house DJ for the NBA’s Atlanta Hawks.

Off Top will also be hosted by rapper and artist Marlanna “Rapsody” Evans and media personality DJ Nyla Symone, who will join them for on-the-couch conversations. The 38-year-old Grammy nominated artist says working on a show inspired by Rap City: Tha Basement is an honor.

“I always wanted to be on ‘Tha Basement.’ That was a big dream of mine,” Evans told BE. “That was one of the biggest reasons I said yes when I was presented with [this] opportunity,” she continued, adding that Morgan is “a legend in the game.”

Detavio Samuels, the CEO of REVOLT, aims to position Off Top as the newest must-stop destination for hip-hop emcees to prove why they deserve to be considered among the best lyricists in the game.

“Each rapper gets their own customized booth that is driven by lights and shadows,” he says. “What we’re trying to do is bring a new level, a new visual way to demonstrate and showcase the visual game.”

Off Top will also include a social component to entice young hip hop fans who often defer to apps like TikTok, Spotify, and YouTube to discover and stream music. Each episode includes the artist in music booths that feature live-fan reactions pulled off of Instagram to create an interactive experience.

“We’re trying to merge all of the culture. You’ll see rappers who you will never see on TikTok, and we’re going to bring them into those TikTokers’ world,” said Samuels.