Biggest Wins in 2015 For Parents in the Workplace 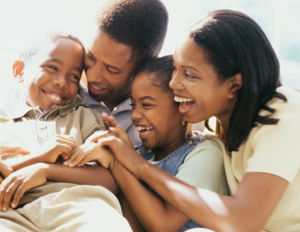 Being a working parent is no easy feat, as professionals are constantly in search for the perfect balance between home and work life.

While working mothers are often asked about work-life balance, a survey released earlier this year by Harris Interactive and consulting firm EY shows that of the 9,699 men surveyed, Â 67% of U.S. men said they have changed jobs or will be willing to do so in order to better serve their family needs.

With more companies working to create a happier and healthier work environment for their employees, below are four policies implemented in 2015 that benefited working parents.

1. Extended paid leave: After giving birth to his daughter earlier this month, Facebook CEO Mark Zuckerberg announced that in addition to him taking two months of paternity leave, he was also extending the company’s four months paid paternity and maternity leave policy to include workers outside of the U.S. as well. Additionally, Facebook and movie-streaming company Netflix also announced in August that they were giving their employees up to a year of paid leave after the birth or adoption of a child.

2. Financial assistance with fertility treatment: In January, Apple joined Facebook in helping to cover the cost for female employees who want to freeze their eggs. Under its fertility benefit, Apple agrees to pay up to $20,000 to help its female staff members preserve their eggs until they’re ready to start a family.

3. College tuition assistance: With the rising cost of college tuition, many companies are seeing the benefit in helping employees pay for the college education of their family members. In May, Boxed CEO Chieh Huang announced he was going to pay the college tuition for all of his employee’s children. Then in November, just in time for Veteran’s Day, Starbucks announced they were extending their tuition-free program to also include the spouse or child of any Starbucks employee who is a current or former member of the U.S. Armed Forces.