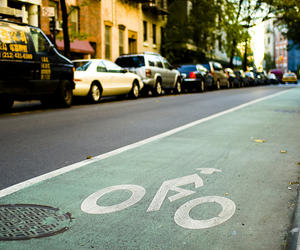 Advertising, social media and specials such as “Small Business Saturday” can boost a businesses bottom line but sometimes a simple addition such as a bike lane can do the same.

“When people travel by bike, they tend to eat, shop and play more locally,” said Martha Roskowski, a spokeswoman for Bikes Belong, a consumer advocacy group.

A common concern among small-business owners is if car parking is taken away, it will negatively impact sales, but “if public spaces are made more attractive and more vibrant, people will spend money, and businesses will do better,â€ said Roskowski.