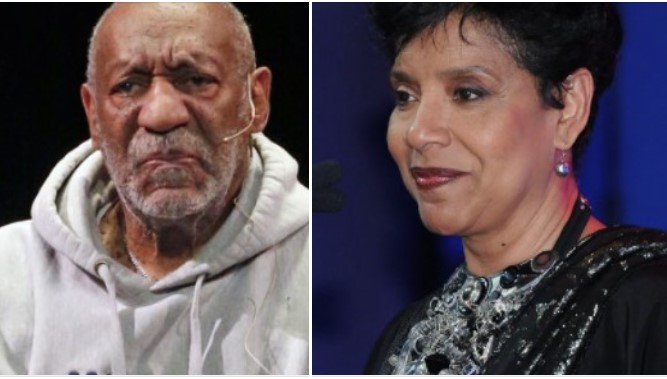 “Howard University you must support ones Freedom of Speech (Ms. Rashad), which is taught or suppose to be taught everyday at that renowned law school, which resides on your campus,” Cosby said in a statement released to NPR. The 83-year-old former comedian was released from prison on Wednesday, June 30 after serving nearly three years. The Pennsylvania Supreme Court overturned his sexual assault conviction due to a technicality.

“This mainstream media has become the Insurrectionists, who stormed the Capitol,” Cosby continued in his statement. “WE THE PEOPLE STAND IN SUPPORT OF MS. PHYLICIA RASHAD.”

The Cosby Show actress Phylicia Rashad received backlash from people disappointed in her controversial Tweet in support of Cosby.

“FINALLY!!!!! A terrible wrong is being righted – a miscarriage of justice is corrected!” Rashad wrote on June 30. The tweet has been removed from social media.

A few hours later, Rashad tweeted, “I fully support survivors of sexual assault coming forward. My post was in no way intended to be insensitive to their truth. Personally, I know from friends and family that such abuse has lifelong residual effects. My heartfelt wish is for healing.”

I fully support survivors of sexual assault coming forward. My post was in no way intended to be insensitive to their truth. Personally, I know from friends and family that such abuse has lifelong residual effects. My heartfelt wish is for healing.

Some critics and members of the Howard University community have called for Rashad’s resignation, NewsOne reported. In May 2021, Howard University named Phylicia Rashad as dean of the reestablished College of Fine Arts. She graduated from the HBCU with a bachelor’s degree in fine arts in 1970. Fans were excited to see Rashad back at the institution but her controversial tweet may have put Howard University in the hot seat. July 1 was the actor’s official first day on the job.

Howard University issued a statement disavowing the tweet by Phylicia Rashad. The school stated that her initial tweet “lacked sensitivity” and that they “will continue to advocate for survivors fully and support their right to be heard.”

Rashad issued an apology letter to Howard University students and parents on July 2.

“My remarks were in no way directed towards survivors of sexual assault. I vehemently oppose sexual violence, find no excuse for such behavior, and I know that Howard University has a zero-tolerance policy toward interpersonal violence,” Rashad shared in a letter, per CNN.

The U.S. Sun reported speculation that Cosby might ask Howard University to return donations that he’s given to the HBCU over the years.