Communities of color have lost billions in wealth since the current foreclosure crisis began, according to a new report from the Center for Responsible Lending (CRL). Based on their share of total home value and the CRL’s estimated foreclosure rates, the spillover wealth lost to African American communities between 2009 and 2012 as a result of depreciated property values alone will be $193 billion.

“As Congress finishes financial reform legislation, the rules on home lending need to get stronger, not weaker,â€ said Mike Calhoun, CRL president. “We need to make sure a foreclosure crisis of this type never happens again, and, though so many homes have been lost, it’s not too late to prevent more damage.”

It is estimated that 11% of African American homeowners have already lost their home to foreclosure or are at imminent risk, writes the nonprofit policy organization in the reportÂ “Foreclosures by Race and Ethnicity: The Demographics of a Crisis.”

To reverse the foreclosure trend, the CRL recommends policymakers strengthen efforts to prevent needless foreclosures. While the CRL praises the government’s volunteer Home Affordable Modification Program, it feels it doesn’t go far enough in holding lenders’ feet to the fire. The CRL suggests a multipronged approach to mortgage modification that includes requiring all servicers to engage in loss mitigation and providing authority to bankruptcy judges to modify mortgages on principal residences.

Washington Report: Updates From the Capitol 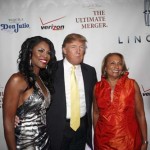