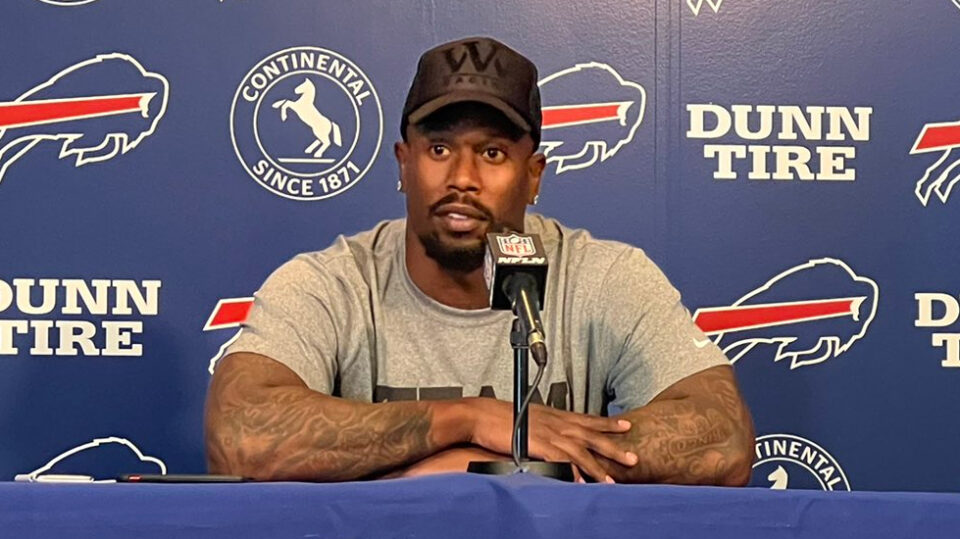 A professional football player has been sued for allegedly distributing sexually explicit photographs of a woman he used to previously date.

According to TMZ Sports, Buffalo Bills defensive end, Von Miller has been sued in Los Angeles by a woman who has accused him of distributing sexually explicit photos of her in May 2020.

The NFL player purportedly sent two messages with photos that were taken while the two were in a relationship. The victim alleges that he sent them to two unnamed celebrities. The woman is seeking monetary damages for committing the act.

According to the paperwork filed, Miller and the woman were dating and the couple allegedly took some private pictures with each other during “sexual acts” with both agreeing that the photos would never be shared.

The woman, who filed under “Jane Doe” alleges that, “in a fit of jealousy, anger, and rage” Miller sent “sexually explicit” photos to two unnamed celebrities. The first one was sent on May 7, 2020, and supposedly said, “This the b*tch you want? You can have her dawg.” While the second message was allegedly sent three minutes after the first to someone else, stating, “This the b*tch you want?”

The attorney for “Jane Doe” stated, “This case is a cautionary tale for young women that date professional athletes like Miller that think laws do not apply because of fame, money, and power.”

“However, professional athletes are not exempt from the law and Miler’s vindictive, manipulative and unlawful actions must not be overlooked,” it states in the lawsuit.

Miller’s agent, Joby Branion denies the allegations in the lawsuit.

Von Miller agent Joby Branion on suit woman filed against Miller for sharing intimate images:
“These are allegations. Von has not done what he is being accused of. He continues to be focused on his family and
preparations for what he hopes will be a winning season.” #9sports

Syracuse.com has reported that the Buffalo Bills had recently signed Miller to a six-year deal that is worth up to $120 million. He previously played for the Super Bowl champion Los Angeles Ram after being traded from the Denver Broncos last season.