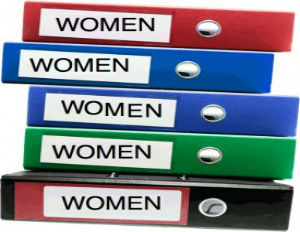 Tumblr’s had a field day with Mitt Romney’s “binders full of women” comment during last night’s second Presidential debate. In response to a question on gender equality, Romney recalled looking for qualified women for his cabinet while he was governor, and after inquiring with women’s groups, he received “whole binders full of women” to choose from.

The blunder sent the social media realm into a syncopated frenzy, with the topic reaching number three in Google search rankings for the debate, an outpour of Twitter responses and even the creation of its own Facebook andÂ Tumblr page.

With Tumblr providing the silliest mashups online, user submitted memes — like a Trapper Keeper stuffed with women — Â have gone viral. It wasn’t hard to find the seven memes we liked enough to make us want to put a three-ring binder on it.