Say What? Biracial Miami Dolphins Head Coach Says He Identifies As A Human Being Instead of Black 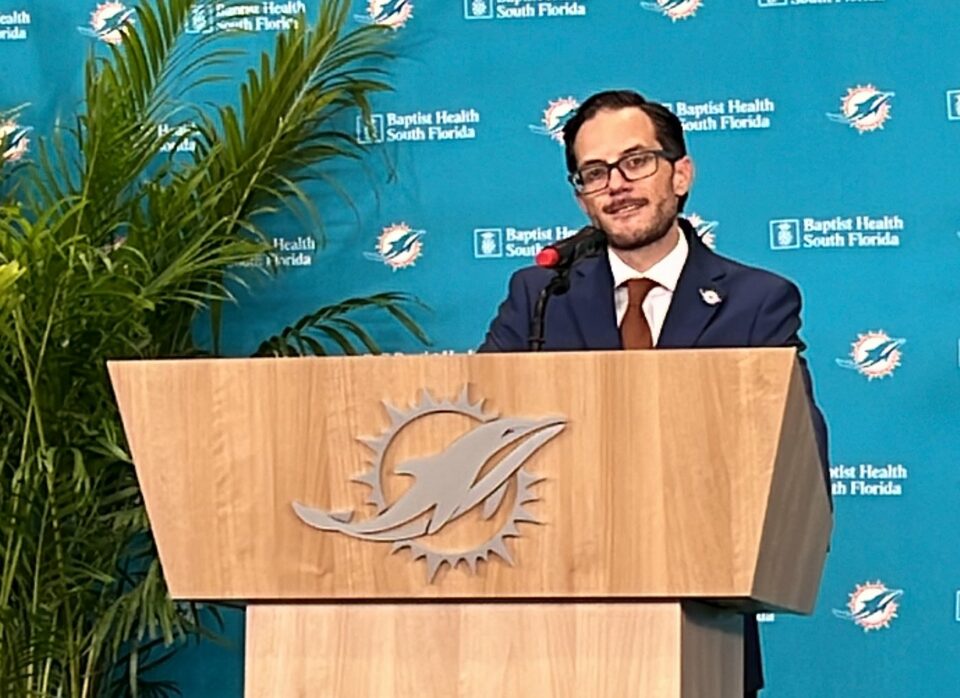 Mike McDaniel, the new head coach for the Miami Dolphins, has been getting a lot of attention recently, but it has nothing to do with his on-field accomplishments.

McDaniel replaced Brian Flores, who was fired and filed a racial discrimination lawsuit against the NFL and three teams after finding out another coach got the New York Giants head coaching vacancy ahead of his interview with the team.

After the Dolphins hired McDaniel, many were quick to praise the team for hiring a minority coach. McDaniel is multiracial and has a Black father. However, McDaniels struck a different tone during his introductory press conference.

According to multiple reports, McDaniel said he wants to be identified as a human being, adding that he’s never experienced racism, but his parents did, and as a result, he can identify with other people’s problems.

“It’s been very odd to tell you the truth,” McDaniel said. “This idea of identifying as something. I think people identify me as something, but I identify as a human being, and my dad’s Black so whatever you want to call it, I know there’s a lot of people with a shared experience.”

McDaniel continued to stumble through whatever point he was trying to make and, in doing so, exposed a subject rarely openly discussed: Biracial people and their feelings about race and identity.

This subject has come up several times outside of sports during the month, in which Black history is celebrated. Mission Impossible 2 actress Thandie Newton issued an unsolicited apology to dark-skinned Black actresses.

“I’ve wanted so desperately to apologize every day to darker-skinned actresses,” said Newton as she struggled to hold back tears. “To say, ‘I’m sorry that I’m the one chosen.’ My mama looks like you.” Newton said, referencing her mother.

Crazy Rich Asians and Awkakfina is Nora From Queens actress Nora Lum, who is not biracial and goes by the stage name Awkwafina, also “apologized” for building her career through the cultural appropriation of Black Americans before promptly running off the social media site Twitter before she got dragged in her comments.