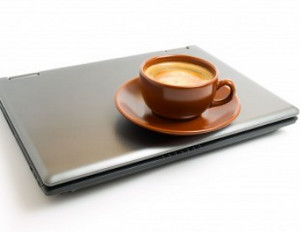 A Coffee barista in Seattle said his blog is tongue in cheek blog, but the snarky site where he insulted his boss and customers still got him fired.

Matt Watson was the author of the blog “Bitter Barista,” where he anonymously insulted customers, bragged about not providing the service/coffee customers ordered and belittled his boss.

Matt ran Bitter Barista for about 2 weeks and was receiving only a couple of thousand hits a day. While he never named the shop he worked at, his real name or his bosses name on the site, a rival coffee shop figured out his identity and exposed him, leading to his termination.

While Watson said the blog could give the coffee shop a “little spike in publicity,” his former boss did not agree.

“He was writing about his boss during business hours,” Levy told the newspaper. “I represent the business, the customers and the staff. I can’t endorse what he was saying, whether humorous or not. It puts me in a difficult position, where if I don’t respond, that means I endorse what he’s saying.”

Watson insists that the blog was “satire,â€ telling the Seattle Times that he had a good personal relationship with “95 percent of customersâ€ and that he thought very highly of his boss.